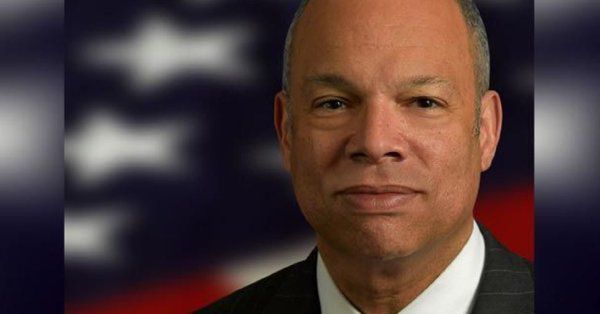 Any new DHS chief is obviously just going to do what White House tells him: http://t.co/sxVedQc4Sj But where's the name "Jeh" come from?

The answer to Mark Krikorian's question is, surprisingly, Liberia. Jeh Johnson is not a Liberian-American or an Americo-Liberian, he's a member of the old school "mulatto elite".

He's a graduate of Morehouse College, and, according via Wikipedia) "Johnson’s first name (pronounced “Jay”) is taken from a Liberian chief, who reportedly saved his grandfather’s life while Dr. Johnson was on a League of Nations mission to Liberia in 1930."

The Washington Post notes, in Eight facts you didn’t know about Jeh Johnson, [By Emily Heil, October 18, 2013] that

I mention all this, and the possibly distressing word "mulatto" because it's not immediately obvious from photographs that Johnson is black. In fact, and  this is the point, he's not black, he's African-American: more American than Obama, because he has Harlem Renaissance connections and is descended from slaves, but less African.

Still, it's clear that Obama didn't look for the best man for the job, but the best minority for the job. And as Mark Krikorian notes above, it doesn't matter, because whoever is in that job, Obama will tell him not to do it.