Naughty Question: Why Do We Assume That Asylum Seekers Have A Right To Resettlement In A FIRST-WORLD Country? 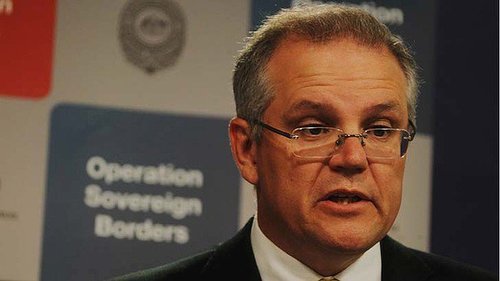 One of the great heroines of patriotic immigration reform is Ann Corcoran, whose blog titled Refugee Resettlement Watch relentlessly chronicles the follies and crookedness of America's refugee policy.

Ann also covers other countries when there's a point of general interest. The other day she had a post about Australia, which poses a very interesting question I've never heard posed before, what Winston Churchill would have called a naughty question.

Australia's been plagued by illegal immigrants arriving by boat. The Australian government has taken a pretty stern line with these people, called "asylum seekers" in the mainstream media, but in the great majority just illegal economic migrants. They've put them in camps on remote islands, that sort of thing. 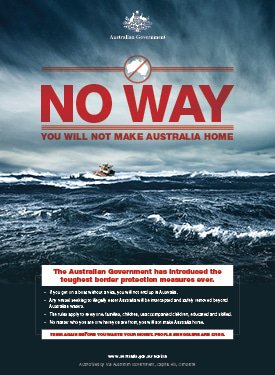 Well, back in April the Australian Immigration Minister Scott Morrison asked the naughty question, which is: Why do we assume that asylum seekers have a right to resettlement in a first-world country? If, as they claim, they just want to escape from persecution, why not let other smaller, less-developed countries give them a home? [Refugee status no ticket to the first world, says Scott Morrison , Sydney Morning Herald, April 7, 2014]

Mr. Morrison has answered his naughty question with action: he has cut a deal with Cambodia to accept some of the "asylum seekers."

The so-called charities who rake in fat government grants for settling these bogus refugees are all spitting mad at Mr. Morrison, which is good. And as Ann says, quote:

Can you just imagine how ticked-off [United Nations High Commissioner for Refugees] Antonio Guterres must be at Australia! He likely fears that some other countries might grow a spine!

End quote. I don't think he has much to fear from the U.S.A.