Murray in WSJ: "Why the SAT Isn’t a 'Student Affluence Test'" 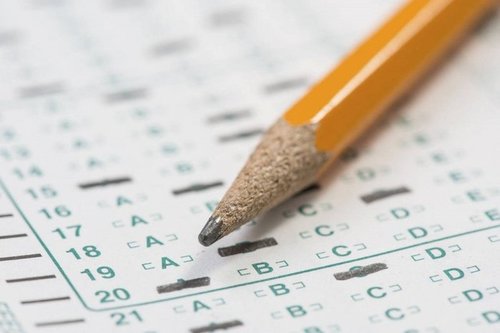 Why the SAT Isn’t a ‘Student Affluence Test’

A lot of the apparent income effect on standardized tests is owed to parental IQ—a fact that needs addressing.

… The results are always the same: The richer the parents, the higher the children’s SAT scores. This has led some to view the SAT as merely another weapon in the inequality wars, and to suggest that SAT should actually stand for “Student Affluence Test.”

But those correlations also mean that a lot of the apparent income effect is actually owed to parental IQ. The SAT doesn’t have IQ information on the parents. But the widely used National Longitudinal Survey of Youth contains thousands of cases with data on family income, the mother’s IQ, and her children’s performance on the math and reading tests of the Peabody Individual Achievement Test battery, which test the same skills as the math and reading tests of the SAT.

Now let’s look at the income effect in the PIAT when the mother’s IQ is statistically held constant at the national average of 100. Going to a $200,000 family income from a $1,000 family income raises the score only to the 76th percentile from the 50th—an increase of 26 percentiles. More important, almost all of the effect occurs for people making less than $125,000. Going to $200,000 from $125,000 moves the PIAT score only to the 76th percentile from the 73rd—a trivial change. Beyond $200,000, PIAT scores go down as income increases.

In assessing the meaning of this, it is important to be realistic about the financial position of families making $125,000 who are also raising children. They were in the top quartile of income distribution in 2013, but they probably live in an unremarkable home in a middle-class neighborhood and send their children to public schools. And yet, given mothers with equal IQs, the child whose parents make $125,000 has only a trivial disadvantage, if any, when competing with children from families who are far more wealthy.

Why should almost all of the income effect be concentrated in the first hundred thousand dollars or so? The money itself may help, but another plausible explanation is that the parents making, say, $60,000 are likely to be regularly employed, with all the things that regular employment says about a family. The parents are likely to be conveying advantages other than IQ such as self-discipline, determination and resilience—“grit,” as this cluster of hard-to-measure qualities is starting to be called in the technical literature.

Families with an income of, say, $15,000 are much more likely to be irregularly employed or subsisting on welfare, with negative implications for that same bundle of attributes. Somewhere near $100,000 the marginal increments in grit associated with greater income taper off, and further increases in income make little difference.

Let’s throw parental education into the analysis so that we can examine the classic indictment of the SAT: the advantage a child of a well-educated and wealthy family (Sebastian, I will call him) has over the child of a modestly educated working-class family (Jane). Sebastian’s parents are part of the fabled 1%, with $400,000 in income, and his mother has a college degree. But her IQ is only average. Jane’s family has an income of just $40,000 and mom has only a high-school diploma. But mom’s IQ is 135, putting her in the top 1% of the IQ distribution.

One way of analyzing the effect of “privilege” — wealth and parental investment — on test scores and outcomes as adults would be to check how much an only child is advantaged relative to a child in a larger family.

For example, consider my wife v. myself. Harvard social scientist Robert D. Putnam’s new book Our Kids uses a super-simplified definition of class based solely on parents’ educational levels. By Putnam’s standards, my wife, whose mother and father both had masters degrees, would have grown up upper middle class. In contrast, my father had a junior college 2-year diploma and my mother had only a high school diploma, so I’d be lower middle class, I guess.

On the other hand, I was an only child, while my wife has three siblings. So, growing up, I never felt terribly strapped for money nor, especially, for parental time and energy, while my wife’s upbringing was more exigent.

Although you don’t hear about it much now that small families are the norm, back in my Baby Boom childhood, the privileged nature of being an only child — only children were widely said to be spoiled — was a frequent subject of conversation. This was especially true since I went to Catholic schools for 12 years, where very large families were common. For example, one friend, the class clown and best singer (his rendition of “MacNamara’s Band” in 4th grade remains a vivid memory), had eight siblings in his Irish family.

My friend from the huge family has had a long, successful career as a TV sportscaster, along with some TV and movie credits as a comic actor. If you live in L.A., you’ve seen him on TV dozens of times over the last 30 years. So, growing up in a huge family didn’t ruin his life.On the other hand, if he’d been an only child with a real stage mother for a mom, I could imagine somebody with that much presence (his affect is reminiscent of that of the late Philip Seymour Hoffman or of a straight Nathan Lane) becoming a semi-famous character actor with maybe one or two Best Supporting Actor nominations.

Back during my more egalitarian childhood, people didn’t think that much about tutoring and Tiger Mothering, but, to some extent it works.

For example, I have had a pleasant life, but looking back I can see wasted opportunities. After my freshman year at Rice I came home and got a summer job at Burger King. After my sophomore year, I repaired dental equipment. Finally, after my junior year I worked as the assistant to the Chief Financial Officer of a big weedwacker manufacturing company. But what did the Burger King and repair jobs do for me other than teach me not to be a fry cook or repairman? These days I would have plotted to get internships in Silicon Valley or D.C. or Wall Street and had my parents pay my rent.

So, yes, I do think I was privileged to have the extra resources I was afforded by being an only child, even if I didn’t exploit my privileges as cunningly as I could have.

Quantifying how big a privilege that was seems challenging but doable. In fact, I’m sure somebody has done it already, and I invite commenters to link to studies.

It seems to me that measuring the effects of being an only child ought to be the first thing we do when we decide to theorize about Privilege.

By the way, however, there are other factors that may matter more in determining how Privileged you are. For example, my parents happened to turn out to be winners in the Great American Random Lottery of choosing a neighborhood to buy a home in during the 1950s — the demographics of their neighborhood have barely changed since the 1950s.

In contrast, my in-laws had the bad luck to draw what nightmarishly turned out to be one of the shortest straws in America: the Austin neighborhood on the West Side of Chicago. It was almost all white until Martin Luther King came to Chicago in 1966 to demand integration. Being good liberals, my in-laws joined a pro-integration group of neighbors who all swore to not engage in white flight. But after three years and three felonies against their small children, my in-laws were pretty much financially wiped out by trying to make integration work in Austin. And thus after they finally sold out at a massive loss, they wound up living in a farmhouse without running water for the next two years.

Bizarrely, while the once-pleasant street where my wife grew up in Austin looks nowadays like a post-apocalyptic wasteland, a couple of miles to the west is Superior Street in Oak Park, IL where my father grew up in the 1920s. It looks like an outdoor Frank Lloyd Wright museum today. The Wright district was saved by Oak Park’s secret, illegal, and quite effective “black-a-block” racial quota system imposed on realtors to keep Oak Park mostly white (and, these days, heavily gay).

So a not insignificant fraction of White Privilege in 2015 actually consists of whether or not the Eye of Sauron turned upon your parents’ neighborhood or not.