Who is the California man who just pleaded guilty to unwittingly aiding Russian interference in the 2016 election?

A California man who pleaded guilty to identity theft as part of the investigation into Russian interference in the 2016 presidential election was a self-described digital marketing strategist who once ran a website that helped people get around security measures for online marketplaces such as Amazon and EBay. 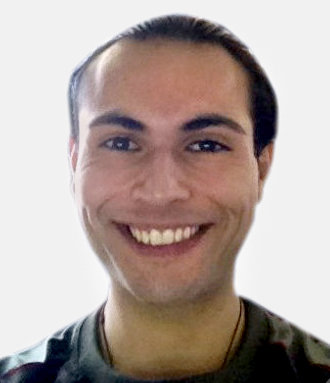 Richard Pinedo, 28, of Santa Paula, pleaded guilty this month to one count of identity fraud as part of the investigation, according to court documents made public Friday by special counsel Robert S. Mueller III. …

Pinedo looks like an early frontrunner for the 2018 iSteve Male of the Year honors:

According to court documents, Pinedo operated an online auction service called Auction Essistance that “offered a variety of services designed to circumvent the security features of large online digital payment companies.” The company’s LinkedIn page touts Auction Essistance as a haven for users who have been unfairly banned from Amazon or EBay because of negative reviews or false allegations.

“More and more people have found out that EBay has suspended their accounts or have sided with buyers for ridiculous claims that these buyers have filed…. One negative comment or feedback on your Amazon seller account and you are banned,” the company’s online biography reads. “We are committed to helping you to get back to selling or begin to sell for first timers.”

Through the company, Pinedo sold bank account numbers to users, according to court documents. He often purchased stolen bank information over the internet before selling it to his clients.

Pinedo confessed to selling some stolen accounts to users outside the United States, including those the special counsel’s office accused of being involved in the plot to swing the election.

While the criminal charge against Pinedo says he knowingly dealt with people outside the U.S. — both in buying and selling account numbers — a law enforcement official told The Times there is no evidence that he knew he was dealing with a Russian intelligence operation.

He profited “tens of thousands of dollars” from the sale of banking information online through Auction Essistance, according to court documents.

Lessem said Pinedo had dealings with some of the defendants listed in the indictment, but stressed that those interactions represented a small piece of his client’s overall business.

So, a small piece of Pinedo’s “tens of thousands of dollars”?

Pinedo was the only employee of Auction Essistance, according to documents filed with the California secretary of state’s office.

“It’s not as if everyone he was working with was part of this overall scheme. This was not the typical client of his online enterprise,” Lessem said. …

A photo on the LinkedIn page shows him with a wide smile and dark, slick-backed hair.

His LinkedIn page says he worked at Auction Essistance from 2012 to 2014, but federal court documents say his time with the company lasted until 2017. The company was registered with the California secretary of state’s office in 2013, based at what appears to be Pinedo’s home address in Santa Paula.

Santa Paula is an 80% Hispanic farm town that claims to be the “Citrus Capital of the World.” David Spade’s 2001 movie Joe Dirt was filmed there.

Pinedo also had a brief stint as a sales associate at LA Fitness, and his online resume said he attended Ventura College, earning a computer science associate’s degree in 2009.

Richard Pinedo is kind of a second coming of Enrique Marquez, the 2015 iSteve Male of the Year:

Farooked: Some People Just Aren’t Cut Out for a Life of International Intrigue