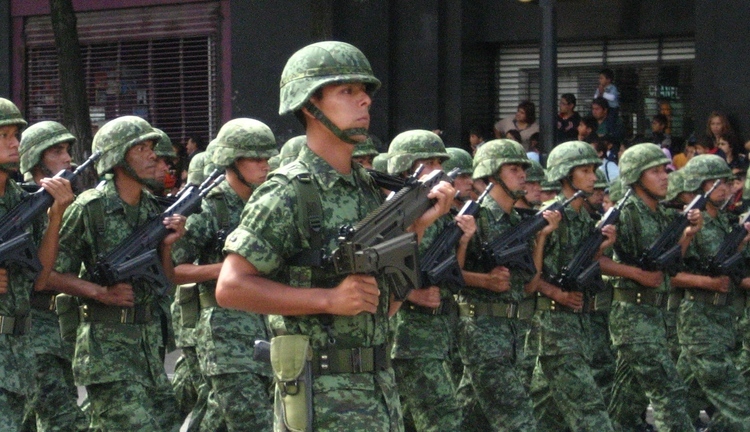 MSM Finally Catches Up With VDARE.com! Mexican Military Incursions Are A BIG Problem!!

Earlier this afternoon, I was working on my column for Wednesday and from somewhere down the hallway in my house I heard John Gibson on FOX News talking about Mexican incursions. (Story here)

I stopped typing and wandered out to watch the story...you know, I was assuming something new had happened.

Yeah...not so much. Apparently (story here) the Washington Times (as well as 36 other MSM outlets) just published a story about the absurd number of incursions by Mexican military units.

This would be an interesting news story of course were it actually news.

Mexican pseudo-military morons (drug smugglers in costume) have been "accidentally" wandering into U.S. territory and "accidentally" shooting at our Border Patrol agents for years! Better yet, VDARE.com has been screaming about this problem for years!!

I say "accidentally" because that is their claim and incredibly, we buy it. [Definition of "we" here.]

A few examples from the VDARE.com archives:

The Rise Of The Treason Tort By Bryanna Bevens

And of course, the late Dr. Francis was writing about Mexican incursions nearly 4 years ago!

VDARE.com is always first to write about the problems with immigration in America today—a fact I have mentioned in many, many fundraising pleas posted on the site.

Not to worry—I will undoubtedly mentioned this example in the next campaign!

Unless of course you don't require further prodding...(donate here)