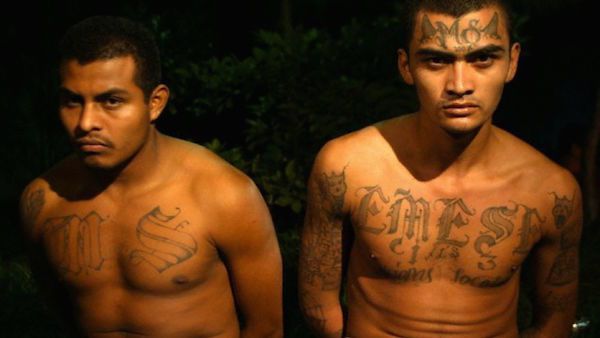 There's an unspoken premise shared by many immigration boosters. They assume that the folkways, social problems, and dangerous groups that plague the unfortunates in Third World countries simply don't exist in the United States. This assumption even partially shapes our foreign policy. "We have to fight them there, so we don't have to fight them here."

But if we bring "them" here, what we do abroad is basically irrelevant. If we import another people, we import their culture, problems, and folkways. Mass immigration is essentially self-colonization.

Obviously, one feels sorry for Central Americans who have to deal with gangs like MS-13. Yet importing them here doesn't solve the problem. It just means now we have the problem too.

Immigrants who fled Central American countries to get away from transnational criminal organizations such as MS-13 have come to the United States only to find the exact same gangs terrorizing Northern Virginia communities.

Five federal and local officials who work on gang matters in the region told the Washington Examiner that while they do not have a way to calculate exactly how many people — asylum seekers, temporary protected status recipients, immigrants, and those without documents — have been victims of crimes committed by MS-13 and others, the immigrant community in Fairfax County, Virginia, is often on the receiving end of extortion, violence, and other crimes.

“We know that these gangs ... victimize their own communities. We know that sometimes in these immigrant communities, they may not report all the crimes to police and that people in these immigrant communities are also escaping the gangs from their countries, and they’re finding them over here in the United States as well,” said Francisco Klockner, a gang prevention coordinator with the Fairfax County juvenile and domestic relations district court.

[They escaped MS-13 in Central America only to find the gang thriving in Northern Virginia, by Anna Giaritelli, Washington Examiner, December 3, 2019]

The easiest "gang prevention" tactic we could adopt is an immigration moratorium. But for whatever reason, our government refuses to do it.