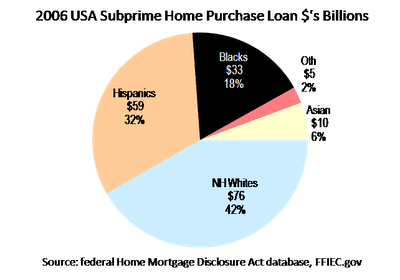 Some mortgage lenders are predicting costly repercussions from last month’s Supreme Court decision upholding a longstanding legal tool for challenging housing and lending practices that have a discriminatory effect, if not an obvious discriminatory intent.

The court’s 5-4 vote supporting “disparate impact” claims under the Fair Housing Act “will promote litigation that would itself cause reputational damage, serious business disruption, and extraordinary financial expense — even when a lender eventually prevails,” said Camden R. Fine, the president and chief executive of the Independent Community Bankers of America, in a written statement. …

But other industry experts say a sky-is-falling response to the decision is overblown and unproductive. Rick Roque, the managing director of retail at MiMutual Mortgage, in Southfield, 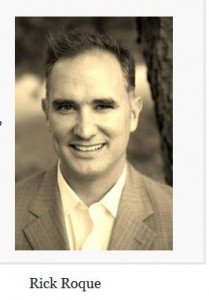 Mich., said lenders should set aside their “defense mechanisms” concerning the issue, take a serious look at their practices and find ways to go after the large “emerging markets” of blacks and Latinos.

Rick Roque is a great name for a mortgage salesman. I don’t care whether he pronounces it Rick Rock, Rick Roke, or Rick Ro-Kay. It’s all good.

“This presents a tremendous opportunity for banks to expand homeownership to classes that have been left out since the recession,” Mr. Roque said. “It’s not just an underserved market, but it’s also a tremendous financial opportunity that banks are passing on because of perceived risk.”

That perception — that these groups of borrowers are higher-risk — may be grounded in discriminatory thinking, even if lenders aren’t aware of it, he said. As an example, he noted that it was not uncommon for middle-class immigrant or minority borrowers to have two or even three jobs. They may have a solid record of being able to cover their rent and bills. But a mortgage lender may be uncomfortable with someone who isn’t a single-income earner, and not view the multiple jobs as stable or long-term enough to warrant credit.

Another example: Latino borrowers might obtain money from a number of relatives, in the United States or another country, for a down payment. “But if they submit a number of gift letters” explaining where the money came from, “the lender might view it suspiciously,” Mr. Roque said. “Even though culturally, it might be perfectly normal.”

No mortgage salesman in the history of the world has ever before thought of these rationalizations for making more in commissions.

Why not? Because they they were so mentally tied down by racistly redlining black bodies to notice that loosening traditional credits standards in the name of Racial Equality could get them that sweet new Beemer they’ve had their eyes on.

If you don’t believe me, just ask Ta-Nehisi Coates.

Data collected in 2014 under the Home Mortgage Disclosure Act showed that of 1.6 million conventional purchase mortgage loans originated the previous year, less than 15 percent went to borrowers of color, according to Nikitra Bailey, an executive vice president of the Center for Responsible Lending.

“The private market is just ignoring a class of borrowers that it needs to do business with,” she said. She disputed the assertion that the recent decision would raise costs for lenders, noting that the precedent has been in place for more than 40 years, and in that time, “we haven’t seen our courts flooded with litigation.” The lending industry should see this “as an opportunity to ensure that all creditworthy borrowers have access to the credit they deserve,” she said.

So, how did lending all that money to non-Asian minorities in 2006 work out anyway?