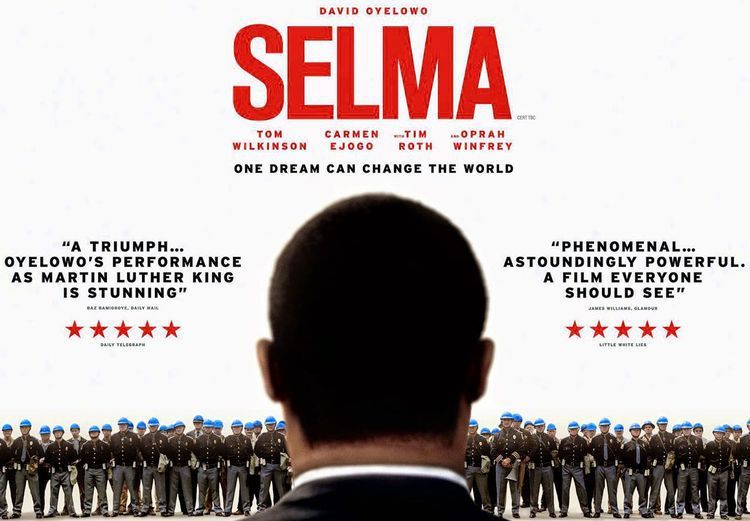 More SELMA Squawking: Are There REALLY 5000 Racists In Hollywood? 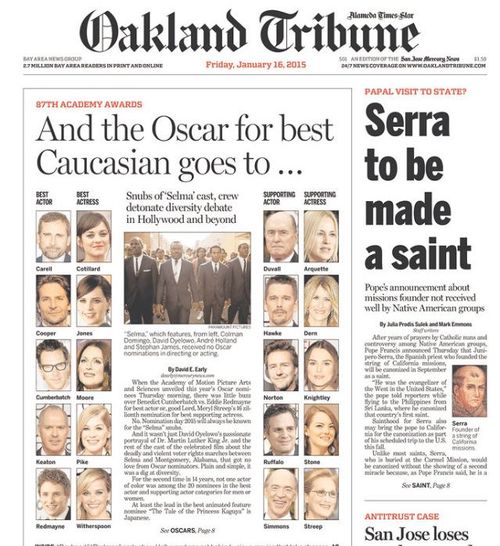 It doesn’t appear as if the Leftist MSM will drop the Academy Awards’ “snub” of Selma. Apparently, the Oscars now need a quota, particularly if a film treats the delicate subject of Martin Luther King. That is as it should be, given that King was actually a big quotas man.

Friday’s Oakland Times front page carried this headline over a tendentious news piece: “And the Oscar for best Caucasian goes to ...”

That’s followed by this:

When the Academy of Motion Picture Arts and Sciences unveiled this year’s Oscar nominees Thursday morning, there was little buzz over Benedict Cumberbatch vs. Eddie Redmayne for best actor or, good Lord, Meryl Streep’s 16 zillionth nomination for best supporting actress. No. Nomination day 2015 will always be known for the “Selma” snubs.

And it wasn’t just David Oyelowo’s passionate portrayal of Dr. Martin Luther King Jr. and the rest of the cast of the celebrated film about the deadly and violent voter rights marches between Selma and Montgomery, Alabama, that got no love from Oscar nominators. Plain and simple, it was a dig at diversity.

Actually, Nomination Day 2015 won’t be known for any such thing, but anyway, here you thought front-page editorials were a thing of the past. This one comes from “news reporter” David E. Early [Email him] of the San Jose Mercury News.

Did it ever occur to the racial bean counters that the people who nominate films for Oscars simply didn’t like Selma? Or do they not know how films are nominated?

Five white guys aren’t making the decision. More than 5,000 members of the Academy of Motion Picture Arts and Sciences vote on the nominees.