More Barone Bunkum In Aid Of The Treason Lobby 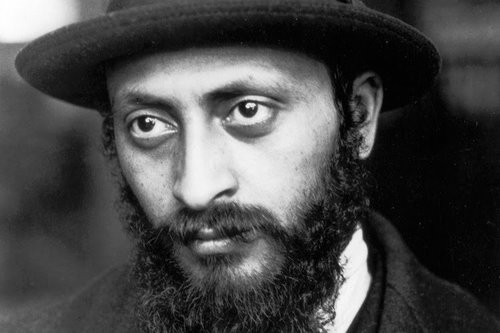 No Publisher is willing to handle a revised edition of Alien Nation, but Open Borders hack Michael Barone has no difficulty publishing yet another platitudinous propaganda volume: Shaping Our Nation: How Surges of Migration Transformed America and Its Politics – and getting to promote it in an enormous (2,600 word) Wall Street Journal piece A Nation Built for Immigrants September 20,2013

Perhaps Barone does not to get to choose his book’s title – a more common event than non-authors realize. Far from trumpeting transformation his work, if the WSJ essay is representative, is in his familiar format of downplaying the importance of what is happening. Barone belongs to the Fred Reed Lie Back, Enjoy school of immigration observers.

…with their formula of limited government, civic equality and tolerance of religious and cultural diversity…The Founding Fathers knew they were creating what many now call a multicultural nation.

This is just not true. The Founding Father’s diversity ranged from English Protestant to Scottish Protestant to Irish Protestant (admittedly a span quite capable of causing serious trouble). It takes intense antiquarianism to find any other American white communities exerting influence – Blacks of course were excluded. So were “Native Americans" aka Red Indians.

Barone’s PC history even induces him to say

"...the Scots-Irish weren't motivated by some mixture of religious and political beliefs, nor did they arrive subject to varying degrees of coercion, like black slaves and white indentured servants. These were fighting peoples, moving from one violent fringe of the British Empire to another, seeking places where they could live in liberty, at peace with their neighbors if possible…"

(My emphasis) This is an grotesque misrepresentation of the aggressiveness of these warriors which they would probably have found provocatively insulting.

Barone’s article has produced an avalanche of hostile comment which it is heartening to read. John Reece was definitive

There are three fallacies in Barone's piece

•    1 Unlike la Raza, the Irish, Chinese, Italians, etc. didn't move here from the country next door with the attitude they were reconquering stolen land.

•    2 The US was a solvent and underpopulated frontier nation during all that pre-WWI immigration, not a bankrupt, gridlocked, urban-sprawling welfare entitlement state. The only welfare entitlement for a flood of tired, poor, unskilled, uneducated immigrants to exploit was homesteading a farm…

•    3 Nor was there a large, left-wing, multiculturally-obsessed political-cultural establishment alienated from traditional American/European culture values and notions of sovereignty.'

Finally, immigration and diversity have become such a fetish thing for American elites, including a few conservatives like Barone, they clearly care more about even illegal's welfare than that of most of the citizens who are already here.

Over the years the striking thing about Barone’s work to us at VDARE.com is not that it is wrong but that it is so weak. Steve Sailer pointed this out in 2001 in Barone: Backsliding into Bankruptcy. Ten years later in A Telling Barone Blunder On GOP's Hispanic Share Peter Brimelow concluded

Are Barone's columns written by ignorant assistants (more common with MSM Bigfeet than you might think)? Does he just not know the facts? Does he have an emotional block about facing them?

Or has he got the $PLC memo, which I increasingly think exists, that the historic American nation must at all costs be bamboozled and browbeaten until a new people has been elected?