The Daily Mail in London reports that Mohammed is now the popular name in Britain. It rose from the third most popular last year to supplant Jack and Oliver, which where Nos. 1 and 2. Note the picture accompanying the article, however. That doesn't look like a "Mohammed" and his mother to me. 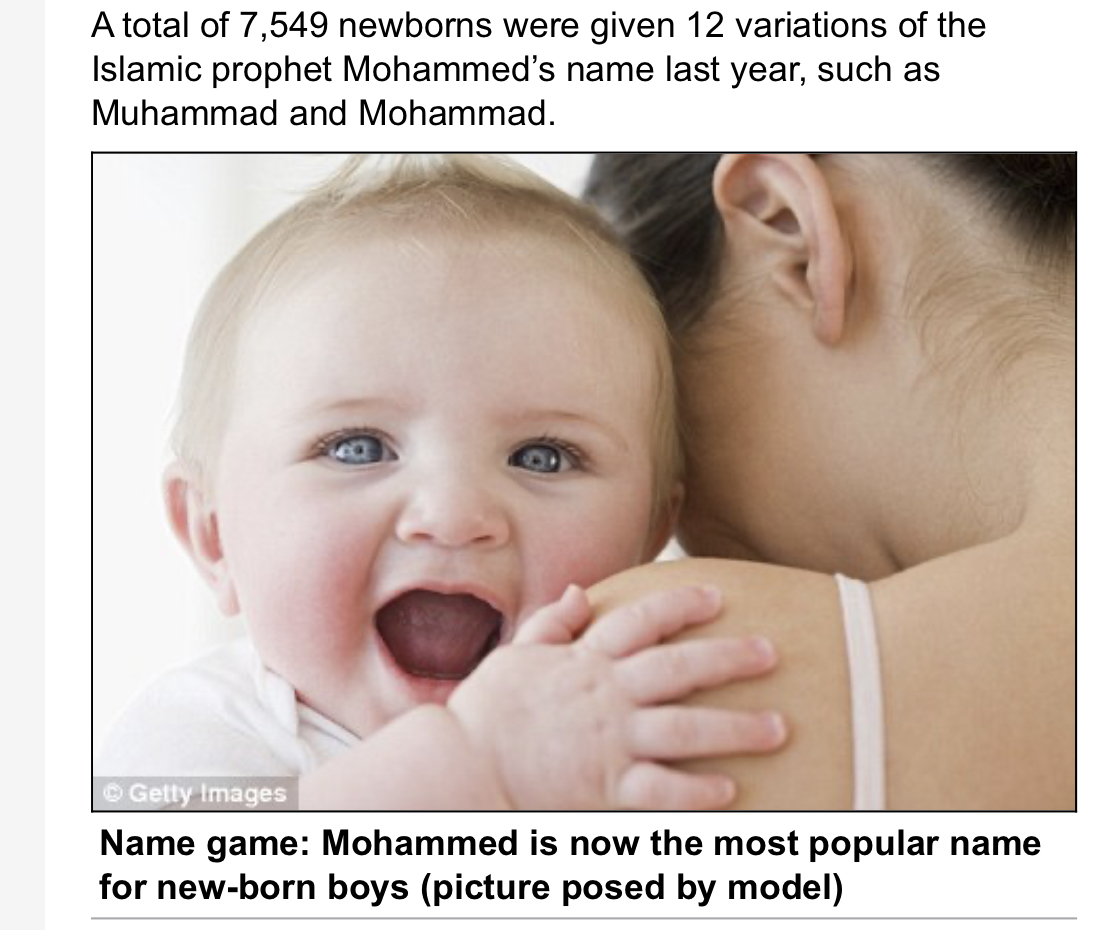 The photo at Huffington Post.com, which reprises the story, is similar. 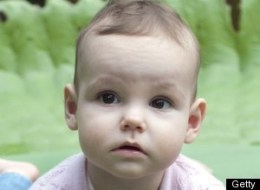 If this kid's a Mohammed, I'll eat my taqiyah.