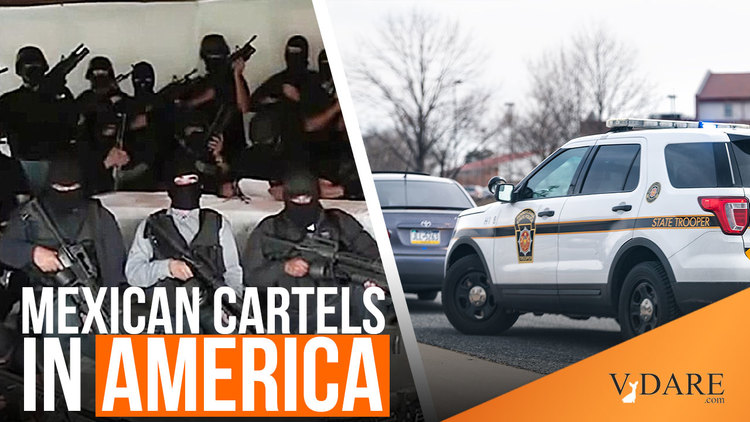 In 2020, the DEA reported that Mexican drug cartels are active in at least 62 U.S. cities.  A Mexican source says that's a massive undercount.

The Mexican drug cartels have crossed borders and extended their wave of murder, torture, extortion, corruption and people trafficking in 1000 cities of the United States. For this purpose they have used Texas as the principal entry point for the shipment of marijuana, cocaine, methamphetamines, extasy and heroin, besides being the entry point for their distribution routes.  According to Mexican government intelligence documents to which Milenio has had access, nine cartels classified as transnational criminal organizations have established alliances with local American gangs to continue their illegal activities in that country [the United States]. [Cárteles mexicanos, con presencia en mil ciudades de Estados Unidos ("Mexican Cartels Have Presence in 1000 U.S. Cities"), by Israel Navarro and Lorena Lopez, Milenio, March 21, 2021]

The two major gangs in the U.S. are the Sinaloa and Jalisco Nueva Generacion gangs, with the smaller presence  of 7 others: Tijuana, Juarez, Beltran Leyva, Caballeros Templarios, La Familia Michoacana, Golfo and Los Zetas.

Milenio reports that "…[T]he violence in the United States related to the drugs coming from Mexico has shot up in recent years because the organizations have been competing  for  control of the contraband routes."

Which is exactly why there's so much violence in Mexico. And they're doing the same thing here.

What a great time for open borders!