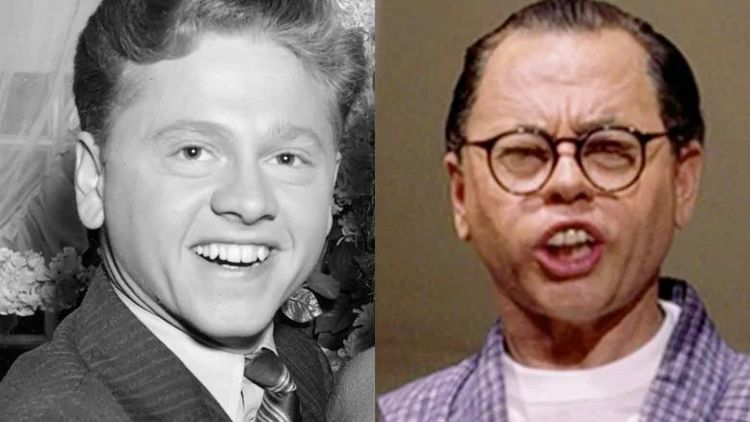 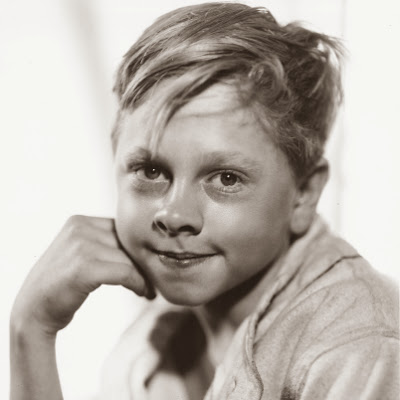 Rooney as a child performer 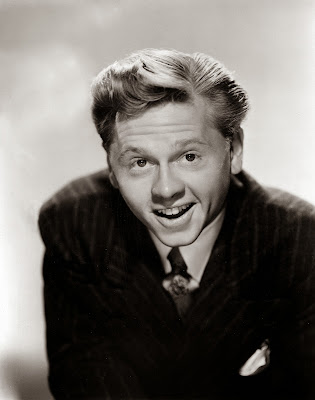 Mickey Rooney died yesterday, at 93. I’ll have more to say about this show biz giant, but I just want to remark on the cheap shot a couple of Today Show writers, took at Rooney in their obit this morning. After showing images of Rooney from his endless, glorious career, and mentioning his eight marriages and 11 children, co-host Savannah Guthrie closes by saying that he was charged with “racism” for his performance in Breakfast at Tiffany’s.

“But he also had his critics. Some called his performance in Breakfast at Tiffany’s ‘racist.’” [Hollywood icon Mickey Rooney dead at 93 by Daniel Arkin and Andrew Blankstein, NBC News, April 7, 2014.]

I said to The Boss, “That man had so much talent,” to which she responded, “And now… he’s a racist.”

“And who defends him?”

First of all, Today had no business bringing up that scurrilous charge. Second of all, it was a classic case of, “A half-truth is a whole lie.”

Breakfast at Tiffany’s was released in 1961. Guthrie was implying that Rooney was charged at the time with “racism,” i.e., that the past 53 years, the charge hung on him like a scarlet letter.

The truth is, no one charged Rooney with “racism” at the time. The movie came out, was a popular and critical hit, and Rooney provided comic relief as “the Jap,” as his character was called in Truman Capote’s eponymous novella, in which he existed only as a third-person reference. 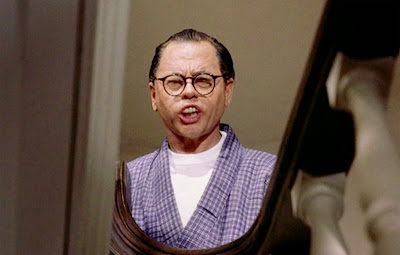 As Mr. Yunioshi, in Breakfast at Tiffany’s

It wasn’t until almost 50 years later that talentless, racist, Asian American activists who were only born a generation later began a campaign against Rooney over Breakfast at Tiffany’s. They hadn’t even seen the picture; they only saw scenes with Rooney as Mr. Yunioshi, the frustrated little Japanese photographer who lives above high class prostitute-protagonist Holly Golightly (Audrey Hepburn), and who is driven to distraction by her habit of forgetting her house keys, and ringing his buzzer at all hours of the night, for him to let her in.

The talentless, racist activists were getting an almost 50 year belated “revenge” against Rooney, because the role hadn’t been given to an inferior  Asian talent. 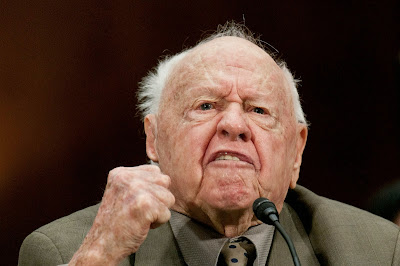 Testifying before Congress on elder abuse as a nonagenarian

Shame on you, Savannah Guthrie, for your cheap shot against Mickey Rooney! He remains a giant, but you’re a pc pygmy!

I also tweeted it to her directly, adding,

Of course, Guthrie didn’t write the obit; she’s just a talking head. However, when I called The Today Show, the staffer I spoke with was unable to determine who had written the obit. (The main text is now attributed to Daniel Arkin and Andrew Blankstein. The passage in question is from the text Guthrie read aloud on the video below.)

A generation or so ago, black racists started using the rhetorical strategy of condemning for eternity as an unperson every Founding Father who had owned slaves. This made it child’s play to eliminate or demean the greatest Americans ever, removing their names from schools, streets, and public buildings, and rewriting American history. George Washington? Slave owner. Next.

Meanwhile, tenured “historians” and other propagandists have engaged in race replacement tactics, by jamming ever more non-white figures of minor or no significance into their “narrative.” For example, Google devoted March 24 to trumpeting the non-existent accomplishments of a black female race and sex spoils apparatchik named Dorothy Irene Height. Note the pompous but empty rhetoric (“monumental figure,” “incredible legacy”) that seeks to hide Height’s lack of substance.

Dorothy Irene Height was a monumental figure and unsung heroine in the movement for Civil Rights and Women's Rights….

“Dr. Height was an active and visible presence in every major civil and human rights campaign I got to work on — whether it was a campaign to reauthorize the Voting Rights Act, advocate for federal protection for LGBT workers (in the form of the Employment Non-Discrimination Act), or demand U.S. ratification of the Convention to End All Forms of Discrimination Against Women. She was an active and visible presence, challenging us to build stronger and more diverse alliances, to err on the side of justice, and to carry forward the work of the civil rights movement.” [Dorothy Irene Height's 102nd Birthday (born 1912), Google, March 24, 2014.]

Against the power of today’s mainstream media and Google, a Mickey Rooney doesn’t have a Chinaman’s chance.

The “slave owner” method has since been extended to defamatory “racism” charges. Thus, the greatest of modern Americans may now also be consigned to the dustbin of history with one word—“racist”—and replaced with colored nullities who really were racist.