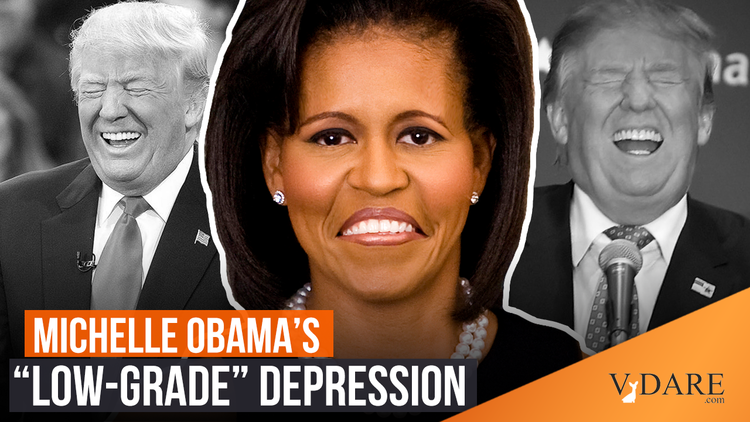 “I’m dealing with some form of low-grade depression. Not just because of the quarantine, but because of the racial strife and just seeing this administration. Watching the hypocrisy of it day in and day out is dispiriting,” Obama said in her new podcast.

In general, Americans seem to be suffering heightened mental health problems since about 2013, a.k.a., The Great Awokening, which dates to the first year of Michelle’s husband’s second term. Jean Twenge says the timing is due to smart phones and social media. I’ve argued that it was the Obama Administration being home safe with a second term that let them indulge their more socially destructive urges.

In any case, the evidence is clear that American progressives were going nuts well before Trump came down the escalator and that Trump’s election was more the result of the Great Awokening than its cause.

So … what happens after Trump? Do all these mentally distressed leftists suddenly get better? Or do they find somebody besides Trump to blame their unhappiness upon?