As expected, Mexicos Presidente Calderon was thrilled with his pal Obamas pre-election amnesty reversal. More freebies for illegal Mexicans on the US taxpayers tab means more disposable income to be sent home to Mexico as remittances. El Presidente likes that just fine. 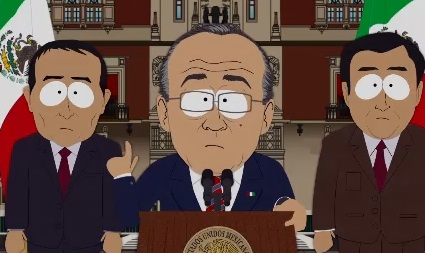 Interestingly, as the days have rolled by since Obamas announcement, different estimates of the number effected have appeared. One headline from Friday: Obama bypasses Congress to grant amnesty to 800,000 illegal immigrants.

Occupying the middle ground is the Pew Hispanic number, 1.4 million to benefit from the amnesty, which includes younger kids still in school.

Judging from previous amnesties, the final result will probably dwarf any of these piddly numbers, none of which factor in fraud.

Anyway, more about Calderon and his gratitude toward Obamas valor and courage.

In his first remarks since a pro-Europe party claimed victory in Greece, Obama expressed measured hope and emphasized fiscal reforms.

I think the election in Greece yesterday indicates a positive prospect for not only them forming a government, but also them working constructively with their international partners in order that they can continue on the path of reform and do so in a way that also offers the prospects for the Greek people to succeed and prosper, Obama said.

Sitting next to Obama, the Mexican president began his remarks by praising Obamas recent decision to suspend deportations for some young illegal immigrants.

Calderon called the decision unprecedented and said it took valor and courage.

But the summit will be dominated by talk of the Eurozone crisis, as the worlds top economic powers look for ways to calm the markets.

Obviously, we are going to be very busy over the next day and a half, Obama said, adding that the world is very concerned about the slowing of growth that has taken place.

The leaders are not expected to announce new steps at the summit, which does not include all members of the 17-nation European monetary union. But Obama and other leaders are expected to use the meeting to pressure German Chancellor Angela Merkel to allow for more pro-growth measures. Obama is slated to meet privately with Merkel later Monday.

Now is a time, as weve discussed, to make sure that all of us do whats necessary to stabilize the world financial system, to avoid protectionism, Obama said after the meeting with Calderon.