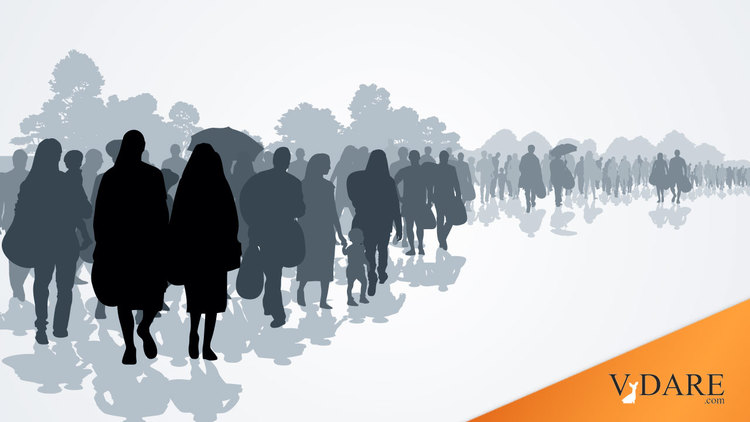 There's a big flap in Canada over a decision to require visitors from Mexico to have visas. That's because Mexicans have been coming to Canada (by plane—Canada is fortunate enough to have the US on its southern border) and claiming to be refugees from the violence in Mexico.

It apparently doesn't occur to any of these refugees that the easiest place to go to escape the violent parts of Mexico would the non-violent parts of Mexico, where they have citizenship, and speak the language. Failing that, they could got to Central America, where again, they speak the language. But no...they want to go to Canada to be refugees, in the hope that that the Canadian taxpayer will support them.

Canadian Prime Minister Stephen Harper blames his own country's refugee system, rather than the Mexicans themselves:

"This is not the fault of the government of Mexico - let me be very clear about this," Mr. Harper told reporters, explaining his decision last month to clamp down on bogus refugee claims from Mexico by requiring Mexicans to get visas before entering Canada. "This is a problem in Canadian refugee law which encourages bogus claims."[Harper blames Canada for visa furor, Toronto Globe And Mail, August 10, 2009 ]

He's probably right that the Canadian refugee system has the same "it's not over until the alien wins" dynamic that the US system has, but whose responsibility is that? Answer: it's Harper's responsibility. In 2004, in an article entitled Canadian Conservative Leader No Immigration ”Extremist.” Too Bad., Kevin Michael Grace wrote

Even Harper’s talk of reforming the refugee boondoggle is just that–talk.

It seems he was right.