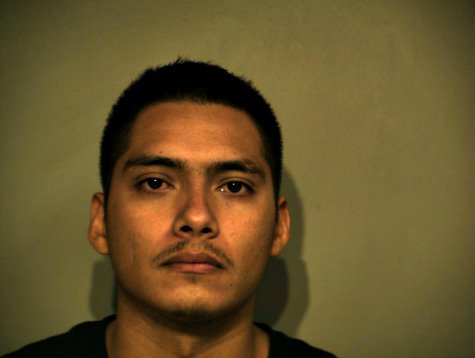 More of the wonders of diversity hitting the Lone Star state.

Ruidoso, New Mexico — A suspected Mexican cartel hitman has been charged for the brutal double murder of a Texas family.  The brutal killings occurred as the family members were sitting down for dinner together in the Texas border area home in Hidalgo county.

This week, Justice of the Peace Charlie Espinoza formally charged 21-year-old suspected cartel hit man Jose Carlos Campos Martinez with two counts of capital murder and set his bond at $1,750,000 before sending him back to his cell.

The charges against Campos stem from a double execution where two gunmen stormed a house in rural Mission, under orders of a drug cartel, and indiscriminately sprayed several rounds at a family that was having dinner.

Tonight, President Obama will be addressing the American people (or should I say, the collection of diversity living within the borders of the United States that we still collectively refer to as "the American people").  His topic will be the Islamic State and the planned American military intervention against what is being called a direct threat.

But the Islamic State is thousands of miles away—and the drug cartels are within our own borders.  Both groups practice multimedia propaganda offenses, both enjoy broadcasting videos of beheadings, and both take on the trappings of sovereignty in the absence of strong government action.  Who can doubt that Americans of the future (or whatever people living in the American South are called at that time)  will regard the cartels as the plague of their existence rather than the Caliphate?

As our own government refuses to secure our border—and is a de facto partner of the cartels in furthering human smuggling operations—it's simply impossible to take talk of "national security" seriously.  Securing the borders of Iraq and Syria?  Mr. President, if you don't want us to laugh in your face, why don't you start with Texas?