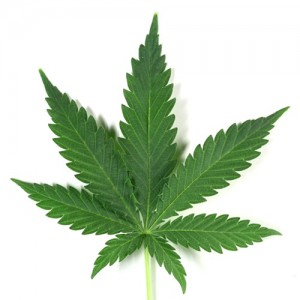 The central California town of San Luis Obispo is hundreds of miles from Mexico, yet the violent drug organizations have terrorized landowners in SLO to submit to cartel marijuana grows — or else.

We already know that southern Arizona is dangerous because Mexican organized crime essentially controls the territory miles north of the border. Plus, the cartels have similarly invaded treasured national parks like Yosemite and Sequoia to grow their profitable product with the added insult of poisoning protected lands with environmentally damaging toxic chemicals illegal in the US.

Don’t we have borders to protect the American citizenry from crime organizations invading the place and running it like they were in Mexico?

The San Luis Obispo Sheriff’s Office says Mexican drug cartels are rooting themselves into the county by force when it comes to illegal marijuana grows.

“It’s the real thing. It’s not just happening in Mexico, it happens up here too,” said Beuer.

This is the reality for unsuspecting victims of cartels, he said.

“The enforcers will come in with weapons and their whole job is protecting the grow site,” said Beuer, a narcotics detective with 20 years of marijuana enforcement under his belt.

The impact from these operations continues to pile up.

“There’s been a number of forest fires started by grows. There’s been several homicides over the last couple years,” said Beuer.

And stopping it is a relentless effort.

“When you see the extent of land we have out here, open land, it is a needle in a hay stack trying to find these,” said Beuer.

That’s why it takes a trained set of eyes in the sky.

On this day, he looks to add to those numbers.

“All that bright green there is marijuana,” Beuer pointed out during a ride in a helicopter.

“I mean it’s so blatant I’m sure it’s going to be a medical grow,” said Beuer.

Just 20 minutes in, we spot a small patch of pot.

“There are dozens of those throughout the county,” said Beuer.

However, determining which grows are legal and which aren’t is all part of the job.

He points out scarred terrain from earlier eradications.

“This is all last year’s grow. It was about a 60,000 plant grow, probably ten different plots within a mile here,” said Beuer hovering over the grow.

“We’re looking for drip tubing coming from areas where we can see springs, or water troughs,” said Beuer. “The plants are very water intensive. We’re seeing runs of over a mile in the supply line before it even gets to the canyon where the marijuana is growing.”

Armed with what was found from the sky, detectives plan their attack.

“We come in on a hundred foot line, two people on a line and the helicopter sets you down,” said Beuer.

He says with finding grows on a weekly basis, one thing is certain.

“You have to keep going at it, there are some counties that just kind of decided they weren’t going to deal with it and they got overrun,” said Beuer. “It’s just not something you can let go in the county.”

Detectives admit, as fast as their taking these grows out, cartels are rebuilding them just as quickly. Just this year, more than $50 million worth of pot has been eradicated in San Luis Obispo and Santa Barbara Counties.