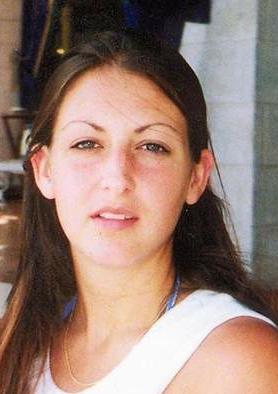 We don’t see many instances of efforts toward justice coming from Mexico when the victims are American, so sightings are welcome and deserve commendation.

In 2003, 21-year-old Christina Applegate (pictured) was struck by a drunk-driving illegal alien Mexican in Franklin Township New Jersey. Newly married at the time, Christina has been in a coma ever since and lives on a feeding tube and ventilator under the care of her father.

Juan Luis Bautista, the drunk-driving illegal, was arrested, posted bail and escaped to Mexico — apparently local authorities didn’t think he was a flight risk. He was rearrested there in 2010, thanks in part to the diligence of county police who fed information to Mexican officers about Bautista’s background.

In 2011, Bautista was sentenced to 2 ½ years in a Mexican prison for the injury to Applegate, four years for use of a fraudulent driver’s license and a fine of around $600. More recently federal prosecutors decided that the punishment was insufficient for the permanent injuries caused, and added three more years to the sentence.

Of course, less than ten years for the complete destruction of a life is hardly adequate, but any increase in punishment is a move in the right direction. Bautista is not a particular threat to Mexicans so you have to conclude the the prosecutors’ act was one of decency.

This case is a pleasant change from the meddling of the Mexican government to protect its criminal exports: the murders of two Texas girls comes to mind. Jennifer Ertman, 14, and Elizabeth Pena, 16, were brutally raped and murdered in a 1993 gang initiation, after which the Mexicans went to great lengths to stop their guy Jose Medellin from being executed.

Bur we should never forget the preventable crimes allowed by Washington’s open borders. Christina Applegate got a life sentence of existing in a vegetative state.

The 2011 news segment reported the relief of Christina’s friends at the arrest of Bautista in Mexico:

FRANKLIN — A Bridgeton man convicted in a 2003 alcohol-fueled car crash that put a Franklin Township woman in a decade-long coma will spend more time in a Mexican jail for the offense.

The Gloucester County Prosecutor’s Office said 32-year-old Juan Luis Bautista will serve an additional three years on top of the 6 ½ he was sentenced to in 2011.

The additional prison time was added after an appeal was filed by Mexican federal prosecutors.

Bautista fled to Mexico after he was charged with first-degree vehicular injuries in 2003. The television show “America’s Most Wanted” filmed a segment on the case in 2004. He was picked up there in 2010.

Applegate, then 22, sustained severe head injuries in the September 2003 crash. She was married and living in Franklin Township at the time. Applegate remains in a coma and is now in the care of her father in another state, authorities said.

Applegate was hit while attempting to turn her Ford Mustang onto Swedesboro Road from Delsea Drive. Bautista, who is Mexican-born but lived in Bridgeton, was reportedly driving drunk at a high rate of speed in the opposite direction on Delsea Drive and struck Applegate’s vehicle.

Two passengers in Bautista’s vehicle also were injured. The crash occurred within sight of a Wawa convenience store where Applegate worked.

In 2011, Bautista was sentenced to 2 ½ years in a Mexican prison for causing grave bodily injury to Applegate, four years for use of a false public document (a driver’s license) and a fine of 8,060 pesos, or $622.

Authorities said a Mexican judge took into account that Bautista did not intend to cause the accident when he issued his sentence, but prosecutors there felt the sentence was not long enough and appealed.

The sentence was increased in January and Bautista was ordered to “repair the damages caused to Christina Applegate.”

The Applegate family filed a civil lawsuit in 2004 to recover costs associated with her coma. Her medical expenses exhausted a $250,000 policy through her car insurance in only a year’s time.

“We appreciate the efforts of law enforcement, both in the U.S. and in Mexico, to prosecute this to the fullest extent permitted under the law,” Gloucester County Prosecutor Sean F. Dalton said.

“Our thanks to the Mexican prosecutors, whose persistence resulted in additional prison time, which this defendant deserves for his actions.”