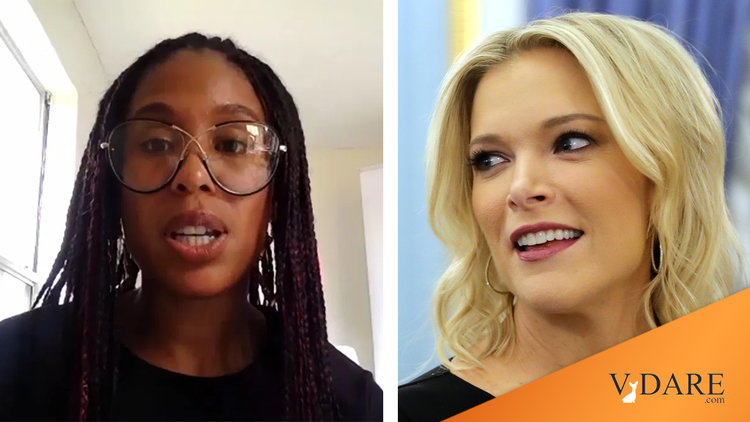 Slowly, but surely, the tide shifts.

Stories like this have far more potency in unraveling the narrative than the most thoughtful prose crafted by the smartest polemicist on our side.

That’s just the way it is.

For when the ground shifts for good, a wealth of information previously unread by the masses will exist to guide humanity back to sanity.

Until then, the compass to a new day will always point in the direction of seemingly trivial anecdote.

Megyn Kelly said she yanked her two young sons out of their “woke” Upper West Side private school — where a letter allegedly circulated accusing white people of “reveling in state-sanctioned depravity” and comparing white children to “killer cops.”

The offending letter made its rounds among the school’s “diversity group,” which included Kelly and other white parents, following the police-involved death of George Floyd in May, the former Fox news and NBC News host claimed.

“After years of resisting it, we’re going to leave the city,” Kelly said on Monday’s episode of her new podcast, “The Megyn Kelly Show.”

Kelly went on to read directly from the letter written by Nahliah Webber, executive director of the nonprofit Orleans Public Education Network, and posted on a blog titled “If You Really Want to Make a Difference in Black Lives, Change How You Teach White Kids.”

“There is a killer cop sitting in every school where white children learn,” the June 29 post says.“They gleefully soak in their whitewashed history that downplays the holocaust of indigenous native peoples and Africans in the Americas. They happily believe their all-white spaces exist as a matter of personal effort and willingly use violence against black bodies to keep those spaces white.”

Webber continues, “I am tired of white people reveling in their state-sanctioned depravity, snuffing out black life with no consequences. Where’s the urgency for school reform for white kids being indoctrinated in black death and protected from the consequences? Where are the government-sponsored reports looking into how white mothers are raising culturally deprived children who think black death is okay?”

Once this phase creeps into the vernacular of an individual who has never, ever thought of whites as a collective (with legitimate interests worth defending, protecting, and pursuing), the dam bursts.

In the end, “It’s Okay to Be White,” will be the most revolutionary slogan of our time. How we get there is stories like this.