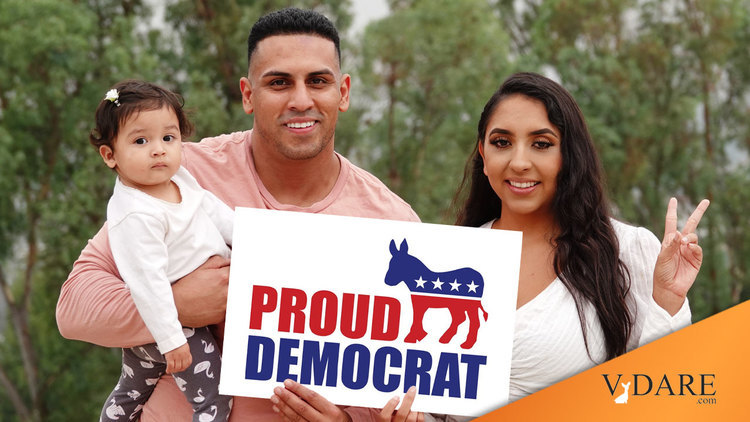 Meghan McCain Shocked That The Hispanics Didn't Vote For Her Father, But Preferred A Democrat From A Minority Group This is from Meghan McCain's new book, where she's talking about her father, John McCain losing, (more or less throwing) the 2008 Presidential election:

"Somebody mentioned being upset about the Hispanic vote going to Obama. During the early parts of the campaign, my father took hits for his stance on immigration, and Lindsey [Graham]was right there with him. Some people even started writing "Jose McCain and Lindsey Gomez" on protest signs. This seemed to be the final sting for Lindsey and Dad. Nobody had seen that one coming."[Dirty Sexy Politics]

"Nobody had seen that one coming"? Well, maybe no one in the McCain household, but we did here at VDARE.com, and so did the Democrats.

There are two reasons that Hispanics wouldn't vote for John McCain, no matter how willing he was to betray his country over amnesty. The first is that Hispanics were voting their own ethnic interests—see The Secret of Speedy Gonzales: Hispanic Race Consciousness, by the late Sam Francis.

But I don't see explaining the concept of loyalty to your own ethnic group to someone raised in John McCain's house.