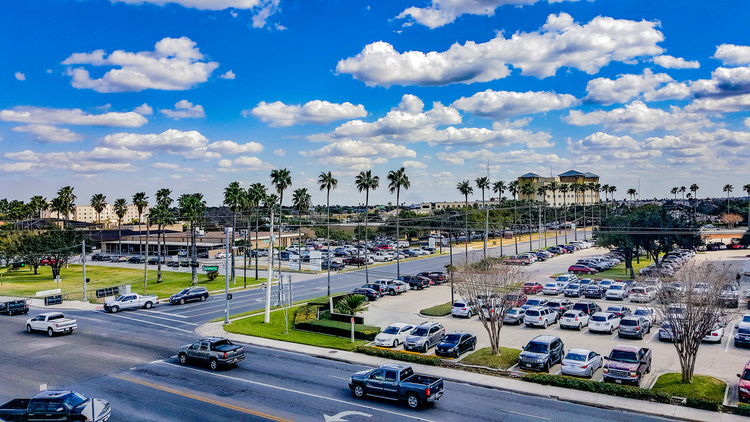 Meet The New Boss, DIFFERENT From The Old Boss—Caciquismo Comes To McAllen, Texas

The Washington Post writes approvingly on the front page about Alonzo Cantu, "a self-made millionaire who once picked grapes on the migratory farm labor circuit." Cantu has risen from such humble, presumably Mexican (though the Post won't specify), origins to become the power-broker of McAllen, Texas. The Post article details developer Cantu's (his building signature is "Southwestern stucco and Spanish tile") interests in the new local hospital, the town bank and other businesses, as well as his past and present fund-raising efforts on behalf of Democrats, most recently Hillary Clinton.[How Big Man In McAllen Bundles Big For Clinton. By Matthew Mosk,November 25, 2007]

The Post calls Cantu a "Big Man" in McAllen. That's no doubt true, but doesn't give the full flavor of what Cantu is and what he represents for America. In time-honored Mexican fashion, Cantu is McAllen's cacique, the local grandee who—in return for favors such as political contributions when he demands them—is the intermediary between the town's little people—his clients—and the political powers-that-be. Caciquismo is a very common social and political arrangement in Mexico and elsewhere in Latin America, with well-documented roots back to the earliest Spanish colonial period. As the name implies, caciquismo doubtless echoes pre-Columbian Indian arrangements as well.

Thanks to America's British roots, American social and political arrangements have generally been quite different—until now. Now, wholesale Latin American invasion, legal and illegal, means not only that caciques move north, but their clientèle does too. In a short article, the Post mentions five McAllen clients and cronies of Cantu, excluding the cacique himself but including the local congressman: all have Mexican names. As of the 2000 Census, over 80% of McAllen's population was of Hispanic origin and over 76% of people over age five spoke a language other than English at home. The city's population had increased by over 24% since 1990, while almost 28% was foreign-born (which, obviously, does not include anchor babies), strongly implying both that all population growth is attributable to illegal entry and immigration, while Americans are leaving. In 2003, the Census Bureau estimated McAllen's population had grown over 10% just since the 2000 Census. The Census data for the city of McAllen, of course, entirely omit the entirely Mexican populations of the colonias that have sprouted all around the city limits.

Not so long ago, McAllen was a Texas town. As was typical of the Rio Grande Valley, the population was a mix of white Americans and Mexican-Americans, most with fairly deep roots north of the Rio Grande. Today, however, the Post reports:

Cantu credits his support for the Clintons and members of Congress, especially local Democratic Rep. Ruben Hinojosa, for the positive changes that have happened in the area. A Washington Post review of 15 years of campaign contributions by Cantu and the 339 donors whose checks he has bundled found more than $1.4 million in contributions to federal candidates and party committees, most of it to Democrats.

The Clinton administration set up a $40 million rural empowerment zone near McAllen that helped encourage business investment. Since NAFTA went into effect in 1994, the population has nearly doubled, and nearly 100 Fortune 500 companies have set up operations to help import goods manufactured in Mexico. That has meant jobs and an improved standard of living. [Emphasis added.]

Not surprisingly, the Post says nothing about where the new inhabitants have come from, nor to what extent the new influx—certain to be overwhelmingly from south of the border and illegal—is displacing McAllen's previous residents. Equally unsurprisingly, cacique Cantu is a vocal lobbying opponent of even the feeble Bush administration's insincere attempts to fence the border.

Stories like this one tell us what is becoming of America, even though that is not what their writers intend. Perhaps McAllen, Texas was never a Model American City—I don't know. But what it has become is a Typical Mexican Village writ large, even in its buildings, with all the corruption and patronage that implies. McAllen's Wikipedia entry lists 13 "sister cities" for McAllen—10 of them are in Mexico. Let's give the last word to one of cacique Cantu's clients:

"When Alonzo comes through the door, you want to give to him," said Gerardo J. Reyna, Cantu's brother-in-law. Reyna owns McAllen Carpet & Interiors, a company that provides close to 90 percent of the floor coverings in Cantu-built homes and offices. "The last thing you want to do is get on Alonzo's bad side," he said with a smile. Reyna donated $1,000 to Clinton.