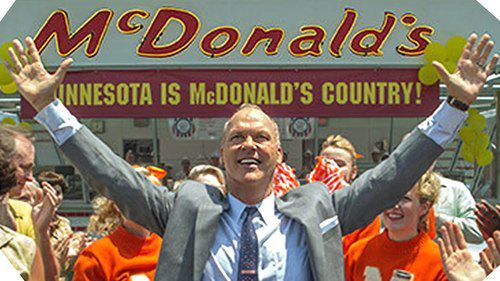 One of the more famous stories in American business history is how traveling milkshake machine salesman Ray Kroc went to visit his best customers, the McDonalds brothers of San Bernardino, and ended up buying them out and taking the McDonald’s brand nationwide. Whether Kroc is the hero or villain of this tale has been debated ever since.

The first half hour of the 2016 movie The Founder with Michael Keaton as Kroc, directed by John Lee Hancock (The Rookie, The Blind Side) offers a vivid retelling of this legendary event.

I only now discovered a song, “Boom, Like That” by Mark Knopfler (founder of Dire Straits) that condenses the McDonald’s history to 5′:40″. I assumed it was written for the soundtrack of the 2016 movie, but it turns out that Knopfler released it in 2004:

It’s pretty unexpected to see a rock song that functions as a competent business biography that could almost be a Harvard Business School case study. But Knopfler is a guy who made a huge amount of money in the 1980s because A) he’s really talented, B) he made some tough Kroc-like executive decisions, like firing his brother from Dire Straits while recording their Making Movies album.