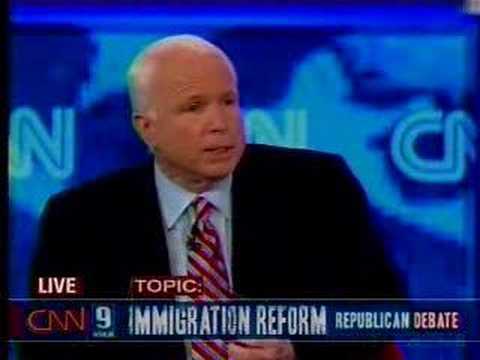 McCain On Securing The Borders—The GOP Debate vs. Vanity Fair And YouTube

Mr. McCain: The American people no longer have trust or confidence in our government. Our failure at Katrina, our failures in Iraq, our failures to get spending under control. And we've got to restore that trust and confidence.

Then he added, unable to help himself, ”By the way, I think the fence is least effective. But I’ll build the goddamned fence if they want it.”[Prisoner of Conscience, February 2007]

McCain on YouTube, from June 5, 2007, promising that "We Are Not Going To Erect Barriers And Fences "

Query: which of these three men do you believe?