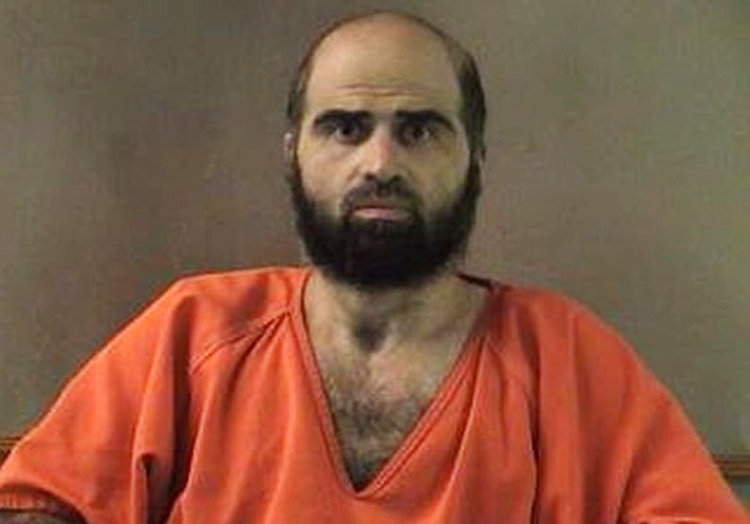 Maj. Nidal Malik Hasan: Why Hasn't This Guy Been Executed Yet? 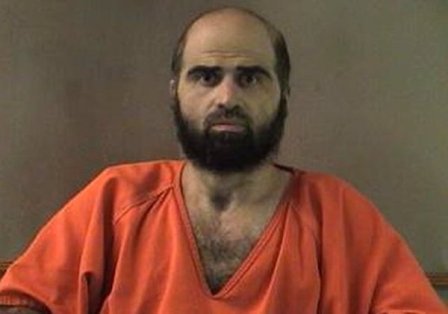 KILLEEN, Tex. — Maj. Nidal Malik Hasan, the Army psychiatrist accused of killing 13 people, told a judge on Tuesday that he believed he was defending the lives of the Taliban leadership in Afghanistan from American military personnel when he went on a shooting rampage at Fort Hood here in November 2009.

You know, the U.S. Army has well-known precedents of how officers are supposed to behave when they find themselves in an extreme conflict of loyalties, such as Robert E. Lee resigning from the Union Army or William Tecumseh Sherman resigning as superintendent of the Louisiana military academy. Lee and Sherman didn't suddenly open fire on random comrades.

Major Hasan’s remarks were the first public explanation about the motive for one of the deadliest mass shootings at an American military base. His comments came a day after the judge granted his request to release his court-appointed military lawyers so that he could represent himself.

On Monday, one of Major Hasan’s first legal maneuvers had been to ask the judge, Col. Tara A. Osborn, for a three-month delay for the start of his trial, scheduled to begin on July 1. His primary reason in asking for the delay was to change his defense to “a defense of others,” but he had not elaborated on the identity of the “others.” At a new hearing on Tuesday, Colonel Osborn asked him pointedly whom he was defending.

“The leadership of the Islamic Emirate of Afghanistan, the Taliban,” he said, specifically naming Mullah Muhammad Omar, the founder of the Islamic insurgent group.

His comments, delivered in a soft, matter-of-fact tone, stunned many in the courtroom. Seated in the gallery behind him were Army soldiers, military police officers and relatives of some of his victims. Colonel Osborn then asked him to explain his defense, and Major Hasan asked for a recess to gather his thoughts. When the hearing resumed a few minutes later, the judge again asked him to explain the facts supporting his defense, and he said he preferred to submit his thoughts in written form. “I don’t want to brainstorm in front of the court,” he told her.

I've always suspected that Hasan, who is a Palestinian, has, at least in part, motives similar to Sirhan Sirhan's for murdering Robert F. Kennedy.

But, the real question is: Why, 42 months later, this guy is still alive?