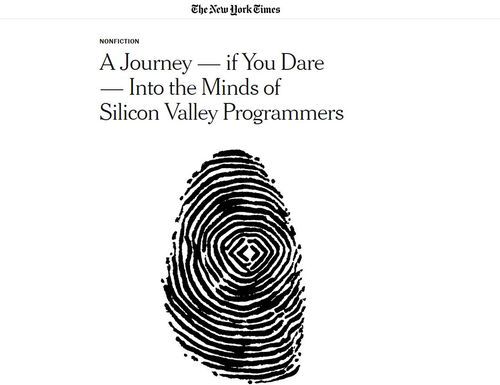 A book review in the New York Times that’s a pretty funny exemplification of the main currents of the zeitgeist: 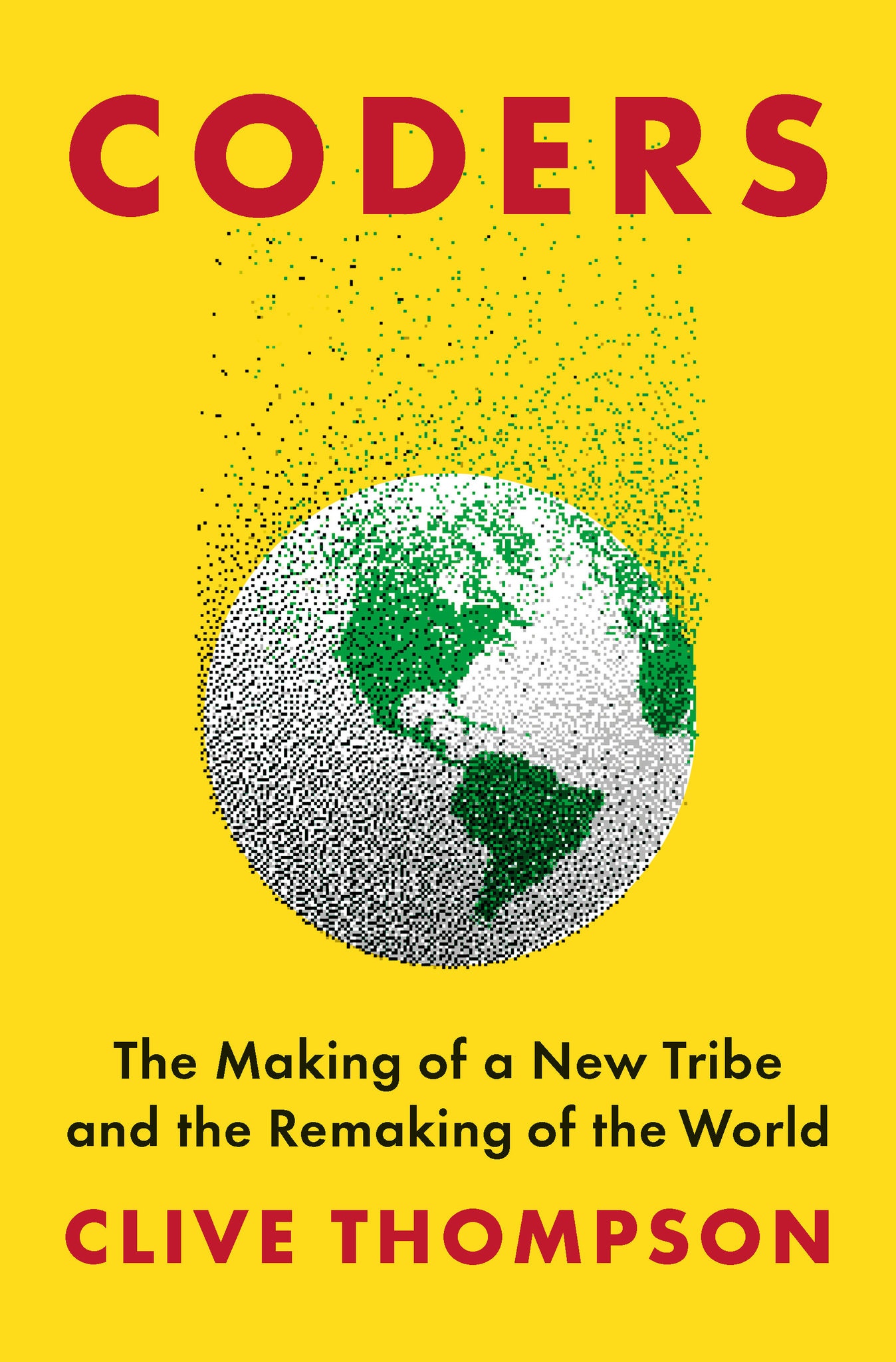 Code seems cold and objective, the raw logic of the internet, and Silicon Valley likes it that way.

… When algorithms are implicated in a scandal — say, a new tool to decide jail sentences gives black people longer ones, or a web search for information about vaccines offers up noxious conspiracy theories — the playbook is simple: Blame the code, some off-kilter machine learning, an out-of-control A.I. spasm. Certainly no human hand was involved.

Of course, this is a farce. Human hands are all over all of it.

In his new book, “Coders,” the longtime Wired magazine writer Clive Thompson works to describe those humans and exactly what their hands do. With an anthropologist’s eye, he outlines their different personality traits, their history and cultural touchstones. He explores how they live, what motivates them and what they fight about. By breaking down what the actual work of coding looks like — often pretty simple, rote, done in teams rather than by loner geniuses — he removes the mystery and brings it into the legible world for the rest of us to debate. Human beings and their foibles are the reason the internet is how it is — for better and often, as this book shows, for worse. …

“Why didn’t the engineers and designers who built these tools, back in the mid-’00s, foresee the dark ways their platforms would be used?” Thompson writes.

I.e., why didn’t they just write in this line of code: “Delete Trump”?

… The backdrop to this book is that something is broken about Silicon Valley. To understand what isn’t working for so many people it’s necessary to scrutinize the coders themselves, their personalities and biases. The very particular culture they’ve created infuses everything they produce for the rest of us. Because deeply introverted people were drawn to coding, they did not prioritize positive human interactions. A community that indulges thoughts of anarchy was wary of adding any guardrails to the programs and products it produced.

… The mostly white men who built the tools of social networks did not recognize the danger of harassment, and so the things they built became conduits for it. If there had been women or people of color in the room, Thompson’s argument goes, there might have been tools built to protect users from the get-go. …

And then he dismantles the idea of the genius coder. He presents the case of a start-up ousting a “brilliant jerk” who was writing elaborate (and to everyone else, illegible) code, discovering they were more productive without him. The lesson was that if the team could work better together, “they wouldn’t need superheroes,” and this seems to be the moral of the chapter. Despite the mystique, coding is not an art. …

Many Silicon Valley engineers are convinced that the work is done by males (and built mostly for males) because males are better at coding. They imagine a pure meritocracy. Code either works or it doesn’t. Good code rises. There would be more female coders if females were interested in coding and were a little less neurotic, the argument goes.

The leading proponent of this is James Damore, a former Google employee

You can see just how institutionally biased against women the Silicon Valley Powers That Be are by how “the leading proponent of this is James Damore, a former Google employee”.

who wrote a memo arguing that the reason there were not more women was that women are temperamentally unsuited for coding. “Is it possible that Damore is right?” Thompson asks. “No.”

He draws a history of early coding when the best early programmers were, in fact, women, and he describes how other countries have far more gender balance in tech.

“If women were so biologically neurotic that they couldn’t endure the competitiveness of coding, then the ratio of women-to-men in programming ought to be similar around the world,” Thompson writes.

There are lots of women coding from 9 to 5 in Fortune 500 companies in suburban Chicago, working on maintaining legacy systems. But for some reason there aren’t as many coding from 9 to midnight in death or glory start-ups in Palo Alto. It’s a puzzlement.

… He ends by describing how coal miners are now learning to code. The work that had seemed so complicated can be taught pretty easily, it turns out. The new Brahmins lose their power if everyone knows what’s behind the curtain, and that seems to be Thompson’s goal with this book. Algorithms are human tools, not magical spells.

“You think miners can’t figure out how to write JavaScript?” he writes. “Think again.”

Nellie Bowles covers technology and internet culture from San Francisco for The Times.

Would it get me banned from Twitter to suggest that Nellie Bowles should learn to code?