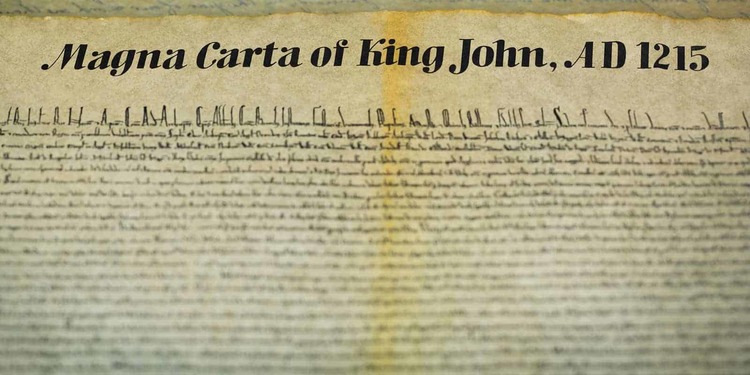 Magna Carta and Its 800th Anniversary

Today is the 800th anniversary of the signing of Magna Carta, at Runnymede (near Windsor) in England,  on June 15th, 2015. Drafted by the Archbishop of Canterbury, it was an agreement between King John and a group of barons.   It's a  predecessor document of the U.S. Constitution, itself a product of the Anglo-Saxon political and legal tradition.

There are actually 4 exemplifications of Magna Carta in existence.  One of them was loaned by the UK to the United States for the U.S. bicentennial in 1976.  It was on display in the U.S. Capitol, where I saw it on a visit there.   Ten years later, I was in Oregon, and had another chance to see Magna Carta. 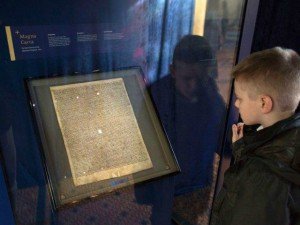 r Liberty" [By Jarrett Stepman, Breitbart, June 15, 2015] which includes an interview with Avi Davis of the American Freedom Alliance, which is hosting a lecture and conference series in LA entitled "Magna Carta: The 800 Year Struggle for Human Liberty".

At Runnymede itself, there are several monuments, and the oldest one is  the memorial put up by the American Bar Association There's also  a memorial commemorating John F. Kennedy (see here).

Consider that it's been  800 years since the Magna Carta was signed.  And what have we arrived to in U.S. politics? A president who does as he pleases and a Congress which allows it.    Continuing encroachments upon freedom of speech.  Affirmative action programs which discrminate against white men. And mass immigration and other government policies which are transforming the U.S.  from an Anglo-Saxon country into a Latin American country.

Back across the pond in England, they commemorated Magna Carta's signing at Runnymede  today.  In attendance were Queen Elizabeth and other members of the royal family, PM David Cameron and the current Archbishop of Canterbury.   Americans in attendance were Attorney General Loretta Lynch and ABA President William Hubbard.

Yet is Britain freer than it was 50 years ago?  I guess it's freer for Muslim activists, but maybe not for white English people, who can get  into trouble for criticizing Islam and mass immigration.

In 100 more years, who will still be interested in Magna Carta?    Will it still have a legacy?