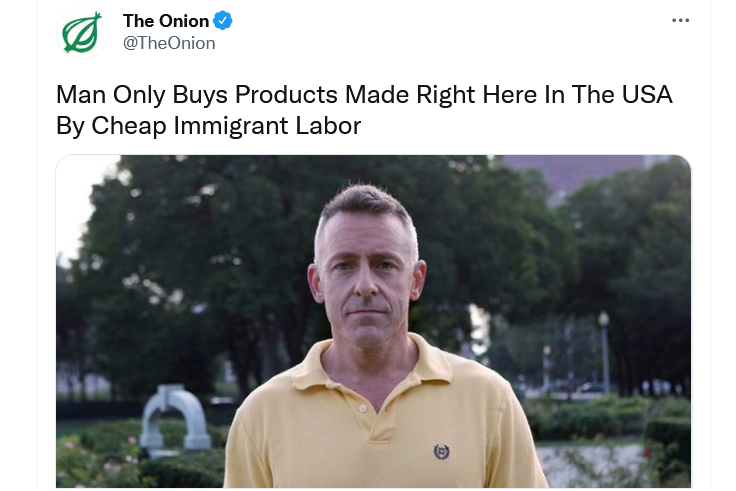 "Made Right Here In The USA By Cheap Immigrant Labor"—Literally True, In The Case Of American Apparel

This is satirical, being from the Onion:

Man Only Buys Products Made Right Here In The USA By Cheap Immigrant Labor http://t.co/GssoWdSOQO 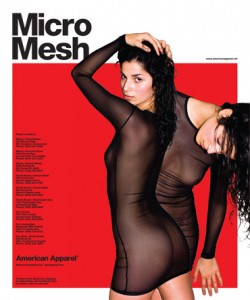 Saying that he doesn’t want any of “that crap made in foreign countries,” local man Doug Adelwright, 47, confirmed Tuesday that he only buys products manufactured right here in the United States by underpaid immigrant laborers. “I always buy American, because I believe in supporting businesses that don’t move their factories overseas and instead employ illegal migrant workers to make things here at home,” said Adelwright, adding that you’ll never see a “made in Bangladesh” tag inside any of his shirts, because his clothes are made exclusively under U.S. sweatshop conditions.

But it turned out to be literally true, in the case of clothing manufacturer/retailer  American Apparel.  In a 2009 post headed Un-American Apparel,  I said  that one part of American Apparel's appeal is their advertising, featuring pictures of young women in, and half out of, their products.

This is disapproved of by feminists but approved of by red-blooded American men. Another part of their appeal to the customer is the name: American Apparel. They advertise that their products were "made in downtown L. A."

But they didn't say "made in downtown L. A. by Americans," and computer checks by the Immigration authorities disclosed that 1800 of their employees "may not be legal." (See American Apparel's press release here.)

If the young lady above in the micromesh has a green card, I don't see where she carries it.

Query: would it be much better for America if American Apparel's clothing—what there is of it—was made by legal immigrants?

Maybe  it be better for a lot of these people to stay home and just ship us the  t-shirts.