Communists in control of our universities: https://t.co/Y69FSC6IPE

George Leef starts out this article by saying

One of the worst features of America in the 1940s and 50s was the persistent demand for national loyalty oaths. In those days, people were expected to declare their support for the U.S. and if they didn’t, they could be blackballed, expelled, or otherwise punished. 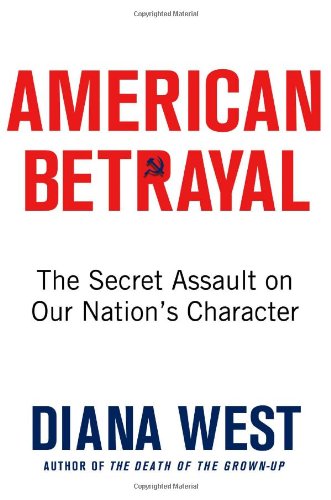 I have to demur—the 1940s and 50s was the decade of World War II, the Korean War, and the huge number of actual disloyal Communists in both the US government and academe. The fact that some of these Communists complained bitterly about being asked to say they were loyal doesn't compare with, say the threat of nuclear war—caused by disloyalty.

However, reading this, I remembered reading English journalist  Jessica Mitford's amusing account of refusing to take a loyalty oath (required by California state law) when she was offered a semester as a "Distinguished Professor" at a California University in 1974.

The first of these had to do with the loyalty oath. There is something weird about the wording of the California Oath of Allegiance; although extremely brief, it manages to encompass a number of bewildering and contradictory propositions. If it reads like a truncated version of something, this may be because in the middle sixties, after arduous battle, the ACLU succeeded in excising the most objectionable portion, that which required all state employees to swear that they are not now nor ever have been.[I.E. are not now nor ever have been a Communist.] As it stands, one must swear to "uphold and defend" the Constitutions of the United States and California "against all enemies foreign and domestic," and further swear that the oath was taken "freely and without any mental reservation." Well (said I to the deans), I think I have done my best to uphold and defend the Constitution of the United States against enemies, especially domestic; but the annotated Constitution of the State of California runs to three hefty volumes and covers all manner of subjects. Do I uphold and defend, for example, Article 4, Section 25 3/4, limiting championship boxing and wrestling matches to 15 rounds? I don't know. [My Short and Happy Life As a Distinguished Professor, Jessica Mitford, Atlantic, October 1974]

But Mitford actually had been a Communist, and in spite of having been an American citizen since 1944, could not really be considered loyal to the United States. She supported the losing side in the Spanish Civil War and the winning side in the Vietnam War.

The new version of the loyalty oath is the university "diversity statement"—Leef writes:

The ideological fervor for conformity abated for decades, but has recently returned on our college campuses in the form of mandatory “diversity statements” by faculty members and especially prospective faculty members. The difference is that instead of having to pledge adherence to America in its battle with communism, the new pledge is adherence to the “diversity” agenda in its battle against a color-blind, merit-driven academia.

This recent paper by the Oregon Association of Scholars illuminates the problem of mandatory diversity statements. While the paper focuses chiefly on schools in the Oregon higher education system, it observes that more than twenty major universities and systems across the nation now require diversity statements for hiring or promotion, including the University of California, Carnegie-Mellon University, and Virginia Tech.

What is a "diversity statement"? It's a set of, in effect, political beliefs:

At Portland State, the school’s Diversity Action Council has a list of 44 questions that are to be asked of faculty applicants including “the role of diversity in shaping your social style,” and how he or she will combat “the pervasive belief that diversity and excellence are somehow in conflict.” Obviously, any candidate who answers that diversity and excellence actually can conflict has painted a target on his back.

Right, and the point is that this a point on which Republicans and Democrats—to say nothing of Libertarians and actual Communists—are in conflict. To require people to believe in "diversity" is to require them to be left-wing Democrats—a thing that's illegal in most public colleges, since they're covered by civil service rules. And this is something I wrote about here  sixteen years ago, in March, 2001. What I said then was

In the 1950's, universities were castigated for asking faculty to swear that they were 100% Americans. Now they're asking them to swear that they're not. According to the Foundation for Individual Rights in Education, or FIRE, job applicants at Bucks County Community College have been asked to describe their "commitment to diversity" – in the same terms that real world job applicants are asked if they're in the habit of showing up on time, are they hard-working, or can they spell "parallel?"But not everybody in America thinks diversity is necessarily a good thing, especially if they have to sacrifice such things as fairness, excellence, truth, and honesty to achieve it. And this belief is what's called a "political" position.

It's a fairly respectable political position, and more or less the position of political conservatives and the Republican Party.

But it seems that the President of the College doesn't realize this. Nor does the Middle States Commission on Higher Education, the accrediting agency which sets down guidelines requiring diversity.

Most of these people don't even know any Republicans. They can't even conceive that a Republican is an intellectually respectable thing to be. [More]

In 2001, it was one community college, which backed off. In 2017, it's colleges all over the country, but they may find that Trump won't let them get away with it.

If U.C. Berkeley does not allow free speech and practices violence on innocent people with a different point of view - NO FEDERAL FUNDS?