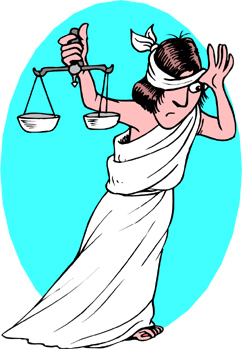 When it come to priorities in today’s Mexifornia, public safety takes a distant second place (or less) compared with removing discomfort for lawbreaking illegal aliens. The latest example is the end to LA’s policy of impounding cars driven by unlicensed drivers.

Vehicles piloted by the unlicensed are dangerous objects, shown by a 2008 study from the AAA Foundation for Traffic Safety that found unlicensed drivers were involved in one in five fatal crashes.

The idea of equal justice for all under the law takes quite a battering also, as shown by the headline of the ultra-liberal Los Angeles Times (below), clearly revealing that a punishment was removed to suit foreign lawbreakers. More Americans will be endangered and possibly killed because of hispandering to illegal aliens.

The change would let unlicensed drivers summon someone with a license, who would then be allowed to drive the car away. Chief Charlie Beck calls it a fairness issue. The police union opposes the plan.

Unlicensed drivers without prior convictions would be given the chance to avoid having their vehicles impounded under new rules outlined Tuesday by the Los Angeles Police Department.

The proposed changes to the impound procedures are a potentially explosive issue because LAPD Chief Charlie Beck designed the reforms to remedy what he believes is the unfair burden that impounds place on illegal immigrants. Since immigrants who are in the country illegally cannot get driver’s licenses in California and most other states, they make up the majority of the drivers who have their cars impounded for the infraction.

Beck contends that the hundreds of dollars in fees and fines that must be paid to retrieve an impounded car and the disruption to illegal immigrants’ often tenuous hold on jobs deal a disproportionate blow to people “who are a valuable asset to our community and who have very limited resources.”

In an interview Tuesday, Beck amplified his position: “It’s a fairness issue. There is a vast difference between someone driving without a license because they cannot legally be issued one and someone driving after having their license revoked.”

The city’s influential police union, which is leading the opposition to the plan, has criticized Beck and Mayor Antonio Villaraigosa for trying what they see as an effort to score political points through reforms that the union warns could hurt public safety.

Under the current rules, L.A. police are instructed to impound cars driven by people who either do not have a license or who have had their license revoked or suspended, said Assistant Chief Michel Moore.

Under the new rules, police would let an unlicensed driver who has not been convicted previously of driving without a valid license summon someone with a license, who would then be allowed to drive the car away.

Moore presented the new procedures at a public meeting of the Police Commission, the civilian body that oversees the LAPD. Several of the panel’s members expressed support for the idea, but voiced concern that the department could open itself to claims of unequal treatment, since the amount of time an officer allows for a substitute driver to arrive will vary depending on how much time the officer can spare.

Beck and Moore conceded that would be an unavoidable aspect of the new rules, but said it would be no different from other aspects of policing in which officers must use their discretion. “We rely on our officers to do the right thing. I will hold them accountable,” Beck said.

Commissioner Alan Skobin suggested that owners who repeatedly allow unlicensed drivers to use their cars, not just drivers, should be held accountable. He urged Beck to expand the plan to include instructions that officers impound cars that have been impounded previously.

Skobin also questioned how the department plans to identify and keep track of repeat offenders who avoid detection by giving police different names each time they are stopped.

Moore said the department now has about 400 mobile fingerprint devices that can be used to identify people but is looking for other ways to address the issue.
Wanting to maintain control over how and when the new rules are implemented, Beck emphasized to the commission that the changes would effect department procedures instead of policy — an important distinction since the commission must vote on policy matters.

Beck assured the board that he would not put the changes into place until hearing concerns from commissioners, immigration advocates, opponents of the plan, and the public. He gave no firm timeline.

The latest plan expands on similar changes Beck made several months ago to the rules that apply when unlicensed drivers are stopped at drunk-driving checkpoints.

Kristi Sandoval, a union official, warned the board that the more lenient rules would allow dangerous drivers to remain on the road.

Some studies support that claim. Dave DeYoung, chief of the research and development branch at the state Department of Motor Vehicles, led a pair of studies in the 1990s that found unlicensed drivers nearly five times more likely to be involved in a fatal crash than licensed ones. Impounding vehicles, he concluded, was an effective way to keep unlicensed drivers off the road.

And two nationwide studies by the AAA Foundation for Traffic Safety concluded that 13% to 14% of drivers involved in fatal crashes did not have a valid license at the time.

There is, however, no reliable data available that singles out the driving records of illegal immigrants.