Or, more precisely, not involving Loretta Lynch. Lynch is touted by RINOs like Orrin Hatch as some sort of no-nonsense prosecutor. She is the United States Attorney for the Eastern District of New York, but she appears to be uninterested in doing her job, especially if it involves the prosecution of immigration law violations, even those connected with terrorism. 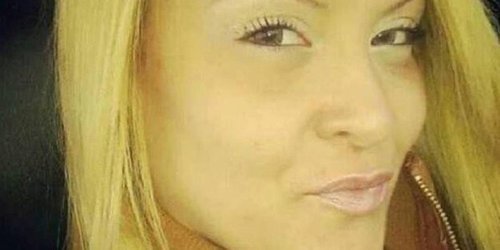 BRONX, N.Y. (WABC) — A Bronx woman facing felony charges after authorities say she got married 10 times in an apparent marriage scam was arrested after court Friday. Authorities say Liana Barrientos, 39, and her niece Tracy Barrientos walked through the gate of a subway station at 149th Street and Grand Concourse and did not pay the fare. They are charged with theft of service and criminal trespass.

Liana Barrientos had been arraigned earlier on two counts of filing a false instrument. She pleaded not guilty.

Those false instruments were an application for a marriage license and the signed marriage license itself, executed in the spring of 2010, which stated this was her first and only marriage. The groom was a man named Salle Keita, whom she wed March 4, 2010, according to the indictment.

Police believe she was marrying men to get them into the country and apparently wed nine times between 1999 and 2002, never bothering to legally change her name. She is believed to be currently married to four people, and at one time, she was married to eight of them at the same time.

The case was brought to the attention of the Bronx County District Attorney's Office by Immigration and Customs Enforcement and the Department of Homeland Security's Investigation Division.

They indicated that seven of the men are from so-called "red-flagged" countries, which included Egypt, Turkey, Georgia, Pakistan, and Mali.

Very good work, or shall one say, very slow work by ICE SVU, since her immigration fraud is almost 15 years old. But the dog that isn't barking here is that Loretta Lynch decided not to prosecute a woman who aided in immigration fraud on behalf of those from terrorist countries. It certainly is consistent with her support for the Obama Regime Administrative Amnesty, but it is also so openly contemptuous of U.S. immigration law.

Why is the Bronx District Attorney's Office prosecuting a serious immigration fraud case involving terrorism when that is something that a United States Attorney should be doing? This is especially true in a cse involving terrorism. It does, though, tell us the contempt that Lynch has for immigration law, the Constitution, and the people of the United States. Certainly part of the Obama Regime plan to elect a new people.