Preventable deaths caused by a drunk-driving illegal alien — how familiar is that? 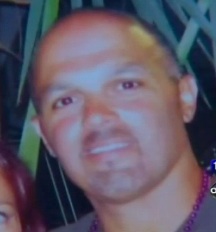 On Monday, Oscar Ramirez was given a disappointingly short sentence as the result of a plea deal made in June.

Below is a video report shortly after the deadly crash in which family members of victim Daniel Cambardella (pictured above) spoke of the loss:

Nassau County District Attorney Kathleen Rice announced Monday that a Brentwood man has been sentenced to five to 15 years in prison after he pleaded guilty to driving drunk and killing two men, including West Islip’s Larry Scuteri, in an April 2011 crash on the Wantagh State Parkway.

Oscar Ramirez, 30, pleaded guilty in June to aggravated vehicular homicide, two counts of manslaughter in the second degree and driving while intoxicated. He was sentenced by Judge William Donnino.

Rice said that at approximately 4:50 a.m. on April 30, 2011, Ramirez was driving a Ford Windstar minivan northbound on the Wantagh State Parkway when he side-swiped a Kia sedan just south of Hempstead Turnpike in East Meadow.

The Kia, containing driver Scuteri, 49, and passenger Daniel Gambardella, 46, of North Babylon, was pushed onto the east shoulder of the parkway and across the grass. The Kia then became airborne and struck a tree, killing Scuteri and Gambardella instantly, Rice said.

Ramirez, who is in the country illegally and has no driver’s license, admitted that he drank nine beers that night and had a blood-alcohol content of .10 percent more than two hours after the crash, according to Rice. Ramirez will be deported to Guatemala upon his release from prison, Rice said.

Scuteri and Gambardella were on their way to Manhattan where both men worked as members of the Carpenter’s Union.