The London Olympics are due to start in a few days and the city has become an armed camp, with the most extensive military presence since WWII.

Below, RAF snipers prepare for helicopter duty during the upcoming Olympics. 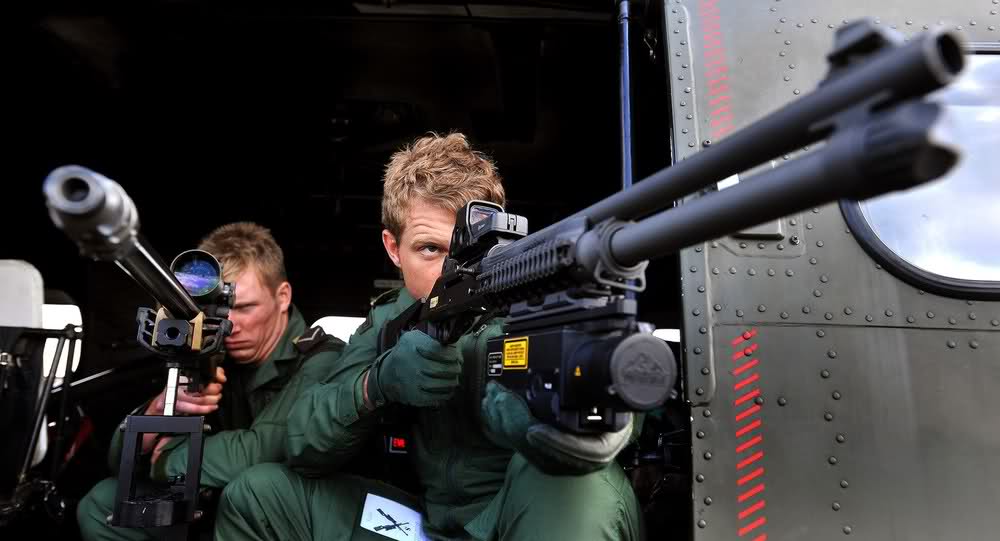 The event is monumental terror magnet, and authorities don’t have to look far for jihadists, given an estimated 2.9 million Muslims residing in Britain as of 2010. A number of those are unfriendlies, as shown by Islamic attacks like the July 2005 public transit bombings (that killed 52 and injured over 700) and more recent plots, e.g. the plan to blow up the London Stock Exchange.

The military has installed surface-to-air rocket batteries on the roofs of apartment buildings near venues to guard against a 9/11-style attack. Residents were not thrilled with the strategy, as you might imagine.

In short, this is a major European city after Muslim immigration, spending $2 billion on security for a two-week event and hoping to get through it without some Islam-based horror. Pre-Islam-London hosted the summer games in 1948, where spectators experienced world-class athletic excellence with no threat to safety.

Everything is better without Muslim immigration — shouldn’t we stop it now in America before it’s too late?

Organizers of the 2012 London Olympics have said the games will be a “symphony of inspiration” — uplifting and unifying.

For Britain’s Islamic radicals, however, the Olympics are providing inspiration of a different sort.

During the past month, British authorities have made a series of arrests in connection with terror plots against the Olympics.

Others, like Islamic convert Richard Dart, were arrested for separate plots against London targets. Dart is reportedly a follower of London-based cleric Anjem Choudary, who leads frequent demonstrations calling for Great Britain to be ruled by Islamic Sharia law.

“The Olympics is about division. It’s about separation,” Choudary told CBN News.

When asked if he and his followers would have a presence at the games, Choudary answered, “We will have a huge presence, wherever the people are gathering for the celebrations or watching the events.”

Choudary said that true Muslims should oppose the Olympics. British authorities are concerned that some will do much more than that.

Among those they’ve been monitoring is a suspected al Qaeda terrorist who’s visited the Olympic site at least five times.

As a result of such threats, the London Olympics are the most heavily secured events in the city’s history. The British military has even installed missiles on the rooftops of residential homes near the Olympic site in East London.

“Such a massive event in the United Kingdom with such massive international coverage is going to be a very attractive target for terrorists,” Col. (ret.) Richard Kemp, CBE, said. “And I have no doubt whatsoever that terrorists have considered carrying out attacks against the Olympics.”

Kemp, who commanded British forces in Afghanistan, told CBN News that a 9/11-style attack involving airplanes is just one way a potential terrorist could target the games.

“Or maybe a large-born bomb packed with explosives, parked in a place where maybe it wouldn’t get into the stadium, but could well be parked among people who are coming to and from the stadium, causing devastation,” he said.

“And then, of course, for smaller devices, maybe multiple suicide vests, perhaps packages left in places calculated to cause damage,” he continued.

Britain has spent $2 billion on security for the games, and there will be more British troops on hand to protect the Olympics than there are in Afghanistan — making it the largest military presence in London since World War II.

Yet security cracks remain. In recent weeks, several people on a terrorist watch list were able to clear passport control at Heathrow Airport. Their intentions are unknown.

U.S. security officials will reportedly be working at Heathrow to assist their British counterparts during the games.