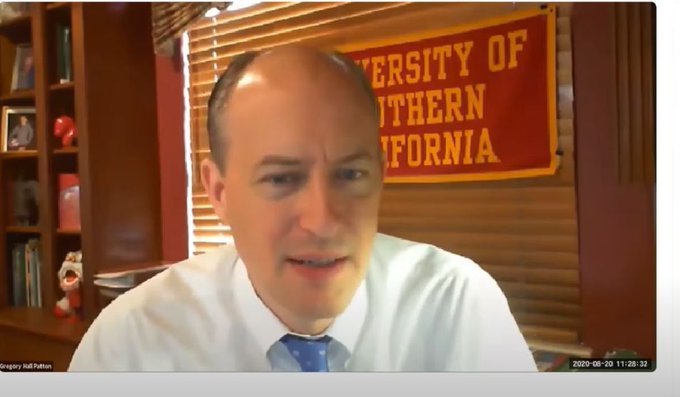 It is a fact well known to the more advanced, sophisticated observers of cultural trends that if you want to be ahead of the curve on such matters, there is no better news source than Radio Derb.

Almost six years ahead in this case. Here I was in December 2014, at 41m15s on the audio file (hosted at that time by Taki's Magazine):

I was sitting around with some Chinese people the other day. They were talking Chinese. Now in spoken Chinese there's a very common word: nei-ge, literally "that one." Suppose for example in English you were talking about some guy whose name you just couldn't remember. You're saying: "That guy, you know, that … that … that … what's-his-name …"

It occurred to me to wonder whether they knew how this sounds to American ears, so I asked them. Yes, they know. They figure it's their language, though, so they have a right to speak it among themselves.

I just looked up the Chinese word for "niggardly": 吝嗇的 … just in case you ever need it.

Now you are primed to read this story from today's news:

A communications professor at the University of Southern California has been reassigned after using a common Chinese filler word during a lecture, which black students complained sounded like a racial slur in English.

During a recent online lecture at the USC Marshall School of Business, Professor Greg Patton was explaining that Mandarin Chinese uses “that” the same way Americans use “like” or “um,” as filler.

The word in Mandarin is “nega,” and Patton’s lecture prompted someone to complain that it sounded too much like an English derogatory term for people of African descent [That's racist: California professor suspended, students offered emotional 'support' to remedy 'harmful impact' of CHINESE word by Andrew Kelly; RT.com, September 4th 2020].

That link includes a video clip from the offending lecture. Do please be careful, though. We wouldn't want to be responsible for injury to anyone's mental health.

I cannot believe this is real, but it is.

This USC Professor is on leave after students were offended that a Chinese word he used during a lecture on foreign languages sounded like an english racial slur.

Watch the video for yourself: pic.twitter.com/HkFPMEP5I2