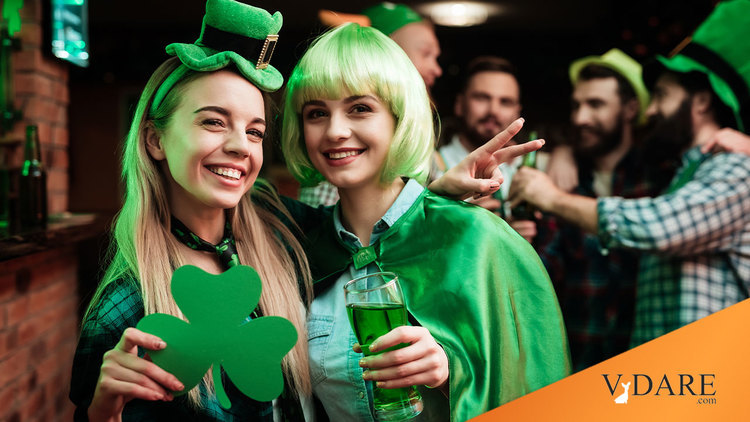 Saint Patrick's Day is approaching (an occasion for amateurs, as we say at my favorite drinking establishment), so the media is cranking out the requisite annual mention of the Irish and all their important contributions to America.

Interestingly, there is a sizeable contingent of illegal Irish lurking about, as the San Francisco Chronicle noted today [Irish join battle over illegal immigration].

"They are in as dire straits as any other ethnic group," said Kennelly, who estimates there are 3,000 to 4,000 Irish illegal immigrants in San Francisco, most working in construction, in restaurants or as nannies and caretakers for the elderly. "They cannot get driver's licenses, it's harder to open bank accounts, they cannot travel home and return again. ... The relationship between Ireland and America is so long and fantastic, but it's in danger now."

So, if Washington doesn't legalize all the illegal Irish here, they will be really miffed?

An Irish blog dedicated to the plight of the illegal alien Irish is filled with the sense of entitlement, like America is their spare country:

Irish consider their case to be special because of Ireland's history of immigration to America. Mexicans feel entitled because they believe the Southwest belongs to them. They and other Hispanics are taught by the Catholic Church that they are like Joseph and Mary, and that their suffering cancels out American borders. Everyone figures their circumstance makes them special. And so it goes.

But I am grateful to the Irish for their fine contribution to the whiskey part of Western civilization. Here's to borders!