Left Behind in Detroit: Jewish Shopkeeper Nathan Feingold, 66, Beaten to Death in Antique Store He Owned for Over 30 Years 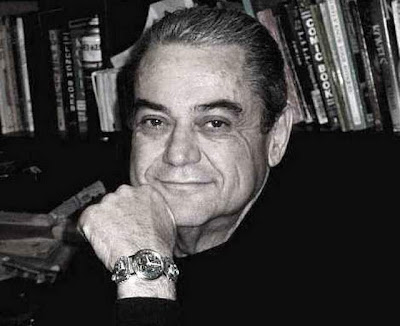 “Whites always run.” So said a longtime observer of race in America to me a few years ago.

Nathan Feingold didn’t run. That’s what happens when you don’t.

I believe that there are thousands of Nathan Feingolds in America. Whites who had built homes and entire neighborhoods that later “turned,” when they were invaded by racist black armies in Detroit, New York, Chicago, Houston, Philadelphia, Cleveland, Baltimore, Gary, Los Angeles, St. Louis, Birmingham, Mobile, Memphis, Newark, East St. Louis, Dallas, Fort Worth, and hundreds of other once beautiful American towns and cities of every imaginable size, only to be murdered. And there are millions more who were variously robbed, raped, beaten and maimed in previously crime-free neighborhoods.

Detroit— A man has been charged in the beating death of a business owner inside his Detroit antique store.

The Wayne County prosecutor's office announced Saturday it's bringing first-degree murder and larceny [N.S.: That should be robbery; “larceny” implies that no force was used.] charges against Ronald S. Bradley, 34, of Detroit.

Nathan Feingold was found beaten and unresponsive Tuesday inside his Michigan Antiques store on the city's west side. The 66-year-old from West Bloomfield Township later died at a hospital.

The prosecutor's office says Bradley beat Feingold to death with a bat and took money from him.

A friend says Feingold owned the store for more than 30 years and was a collector of antiques and model trains from the early 1900s.

Bradley is to be arraigned Sunday in Detroit District Court. It wasn't clear whether he has a lawyer.

[Thanks to reader-researcher RC for this story.]