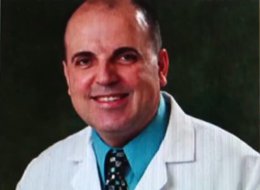 A couple years ago I reported on an immigrant physician who had been charged with malpractice and making millions of dollars in Medicare cash by misdiagnosing: Scammer Lebanese Doctor Is Accused of Deaths and Medicare Fraud. In the face of more than 500 patients swearing he had treated them to make maximum money rather than cure their ailments (if any existed), Dr. Farid Fata (pictured below) admitted his crimes. Some patients died from unnecessary or incorrect treatments chosen for top profitability. Fata poisoned people for money. 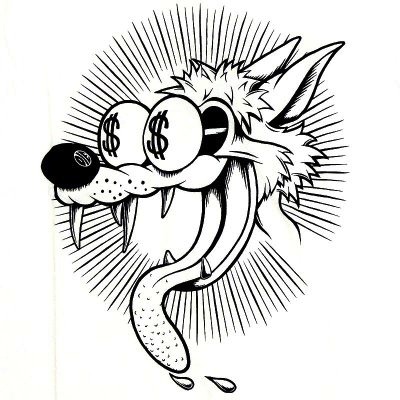 He must have been one of those “hard-working” immigrants we hear praised so much. How else could he have mooched $35 million via Medicare fraud over two years?

Some immigrant doctors are unduly attracted to the riches available to them when they act as wolves among sheep. Physicians are respected perhaps too much in American society, and the unscrupulous can make out like bandits. (See Top Medicare Ripoff Doc Is Dominican.) Do foreign doctors see us as sheep to be fleeced because Americans are a different tribe? The hard-wired tribal urge of humans cannot be dismissed here, along with greed of course.

In the present case, around 150 victims filed impact statements with the court. The judge allowed two dozen former patients to testify as part of the sentencing process.

The stories were pretty awful:

Some of the victims didn’t think a 45-year sentence was enough for all the pain Fata had caused to so many.

It’s always a good idea to get a second medical opinion for a major illness — double that with a non-American doctor who may only be here for the money.

Calling the scheme “horrific,” a judge sentenced a Detroit-area cancer doctor to 45 years in prison Friday for collecting millions from insurance companies while poisoning more than 500 patients through needless cancer treatments that wrecked their health.

Fata “shut down whatever compassion he had as a doctor and switched it to making money,” Borman said.

Moments earlier, the judge called it a “huge, horrific series of criminal acts.”

Fata, 50, offered no excuses before getting his punishment. Stone-faced all week in court, he repeatedly broke down in loud sobs as he begged for mercy Friday.

“I misused my talents, yes, and permitted this sin to enter me because of power and greed,” Fata said. “My quest for power is self-destructive.”

He said his patients knocked on his door for “compassionate care” but “I failed, yes, I failed.”

Fata pleaded guilty last year to fraud, money laundering and conspiracy. He didn’t strike a deal with prosecutors, so Borman needed much of the week to hear details about treatments. Patients and relatives hired a bus to get to court to watch.

“He preyed on our trust, our exhaustion, our fears,” said Ellen Piligiam, whose late father, a doctor, was administered powerful drugs he didn’t need for a tumor in his shoulder.

“It is not mob justice. It is appropriate for this crime,” Dick told the judge, referring to the extraordinary request.

Outside court, many former patients, dressed in yellow in solidarity, were disappointed with the punishment.

“Prosecutors did a fantastic job — and he got 45 years. It’s a lifetime sentence for the rest of us,” said Monica Flagg, 53, who was treated for cancer before doctors examining a broken leg found she had no cancer. “What about all the grave markers out there that all the victims’ families have to look at?”

Liz Lupo held a picture of her mother, Marianne Lupo, who died in 2007 at age 62. She believes Fata’s treatments hastened her death.

“It’s not justice at all,” Lupo said.

The government identified 553 victims, along with insurance companies. Medicare and insurers paid at least $17 million.

“Dr. Fata pounced on every opportunity to use a patient’s body as a profit center,” said Barbara L. McQuade, the U.S. Attorney for the Eastern District of Michigan.

Fata will get credit for about two years served in custody since his arrest in 2013. His stay in the federal prison system also could be shortened with good behavior.

“We’re very disappointed. The judge, when he first started talking, just the way he talked, he misled us to think that he (Fata) was going to get much more than what he got,” said Geraldine Parkin. “I think it went totally wrong … but we do realize he will probably die in prison.”

His clinic, Michigan Hematology Oncology, had seven offices in the Detroit area and a related business that performed tests to look for cancer. Testifying for the government, two experts from Harvard medical school said they were troubled after looking at a small portion of patient files