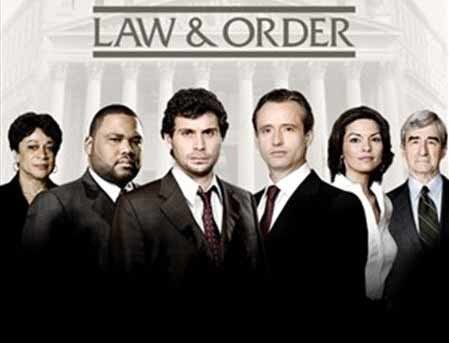 It's the show, Law And Order, that's ending after 21 years. Actual law and order ended years ago. Law And Order, if you've never seen it, takes place in a an alternate universe in which white people in responsible jobs commit crimes against minorities and various "special victims" in New York. The real New York has never been like that. Right Wing Trash covers it here:

With the show denied its record-breaking 21st season, everybody now bids farewell to Law & Order. It’s a real blow to Leftists who need weekly assurances that they’re the true good guys. I’m pretty sure they still have Cold Case on CBS, though, as well as pretty much everything else on network television. Anyway, I'm linking here to three L&O entries from this site’s olden days: 1) a fumbling attempt to address Islamic terrorism; 2) an attack on an ersatz Ann Coulter; 3) the show's truly defining meta-moment. Some of us will certainly miss Law & Order as a situation comedy.