Thanks to the Ingraham Angle show for pointing out the often overlooked problem of spreading tent cities of homeless in California. It’s painful to see the increased human suffering in one of the richest areas on earth, and Laura Ingraham nails the governmental failure.

Below, the city of Los Angeles called for a crackdown on homeless encampments in 2015, but numbers have only worsened. 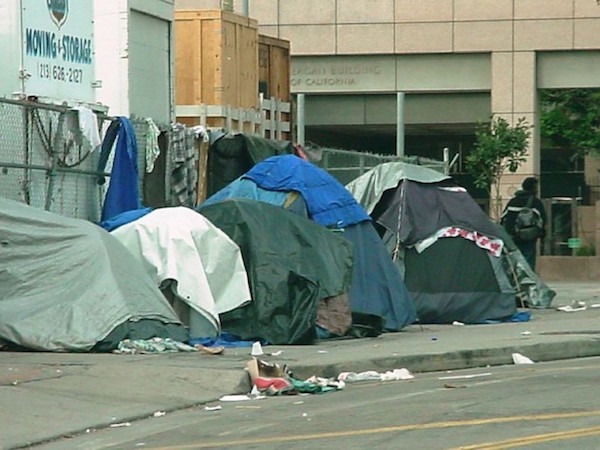 LAURA INGRAHAM: California is a beautiful state — the mountains, the ocean, the desert, its entertainment, its agriculture and high-tech output are the envy of the world, and California seems to have it all. I first came here 30 years ago as a college student and thought, wow, people actually live like this: this is paradise. But let’s face it, the Golden State has changed a lot over the past three decades and a lot of that change frankly has been for the worse and a lot of it has been caused by disastrous liberal policies.

Taxes have gone up and up. Regulations have stifled small business creation. Illegal immigration has exploded here. Jerry Brown called California a sanctuary state. Electricity prices are climbing because of stupid government mandates. The mandatory $15 minimum wage is hurting low-income workers because more retailers are now moving to automation to save the money.

And we’ve seen a major squeeze on California’s middle class as the number of working poor is growing. California’s public pension systems are about $200 billion in the red. Oh and while homelessness nationwide is declining, it’s up here by three percent. By the way, sheltering and caring for the homeless cost taxpayers an estimated $80,000 per person per year. In fact, it’s so bad that some of the major cities like San Francisco, Sacramento and right here in the Los Angeles area now have what they call “permanent tent cities” or encampments, and it’s all the homeless.

She doesn’t overlook the illegal alien component of the homeless, which is substantial. In fact, the Los Angeles Times reported LA County numbers in June that “Latino homelessness shot up by 63% in the past year, a staggering number in a county that saw its overall homeless population soar by 23%, despite increasing efforts to get people off the street.” 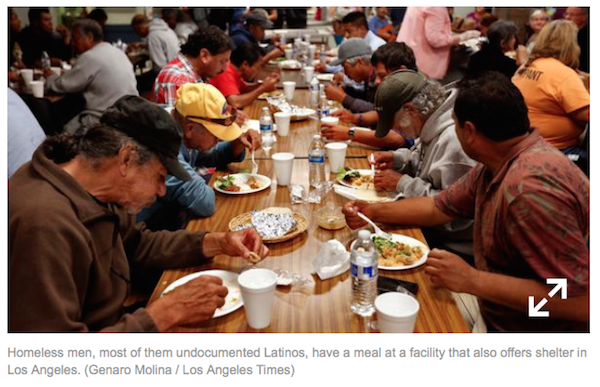 INGRAHAM: Shirley, the issue of illegal immigration which we didn’t delve into much in this piece, but from the time that I’ve walked those same tents, there’s a lot of illegal immigrants who are homeless as well. They come here, they try to get jobs, sometimes they can’t find jobs ,and they don’t have any sponsors or families to live with, and so they live among the homeless. That is also a big problem for the state of California, and you’ve been spent enormous amount of time in these permanent encampments.

SHIRLEY HUSAR: Yes, absolutely. I tell you, Laura, the infrastructure of California is being destroyed, is being demised by Jerry Brown, Kevin de Leon and Eric Garcetti. They have personally instructed the police officers not to enforce law to allow the illegal immigrants to do so much, to cause so much damage in the homelessness.