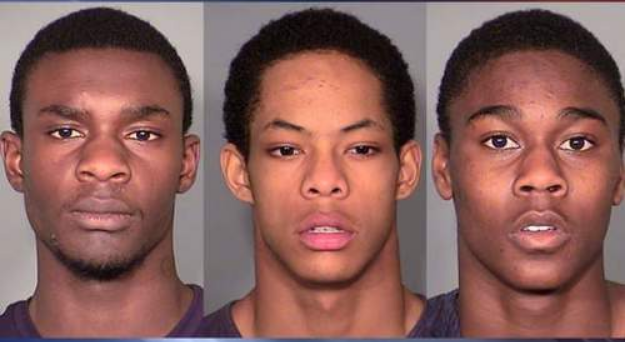 If feminists are looking for a big rape case to discuss, perhaps they should try this one out of Las Vegas.

Here are the ugly details of a robbery “gone wrong,” as the liberals would say, when three “teens” broke into a home:

An adult woman who was sleeping upstairs was awakened by loud crashes and noise. One of the assailants pushed through the door into her bedroom and put a gun to her head. He repeatedly questioned her: “Where is the safe, bitch? Where is the money? Where is the gold?” The man then walked down the hallway to the children’s bedroom.In that bedroom, he confronted another adult woman who was sleeping with two children. After demanding to know where he would find valuables, he ordered her to keep the children in the room or they all would be killed. After taking valuables from the bedroom, the man returned to the other adult woman.

He forced her into another bedroom, pulled off her clothing and began sexually assaulting her. She begged him not to rape her. She told police he choked her as he raped her. Another suspect entered the room and demanded that she perform oral sex on him.

A third suspect then came to the room and raped her. She begged him to stop.

Moments later, another assailant, who appeared to be the group’s leader, ordered the other suspect to stop assaulting the woman. “This isn’t why we’re here. If you wanna get your rocks off, we can call one our bitches or hoes.” He then helped the woman off the floor and apologized.

As soon as this man left the room, another suspect entered and raped the woman a third time. [Report: Victim assaulted 4 times in home invasion attack, By Antonio Castelan, MyNews3.com, February 7, 2015]

I'd like to think Sabrina Rubin Erdeley will jump on a plane to Vegas to write about this very real gang rape, as opposed to the fictive rape she wrote about for Rolling Stone, but I'm not holding my breath.

These rapists are a little different than the “overwhelmingly blond” frat boys at U.Va. They're black. 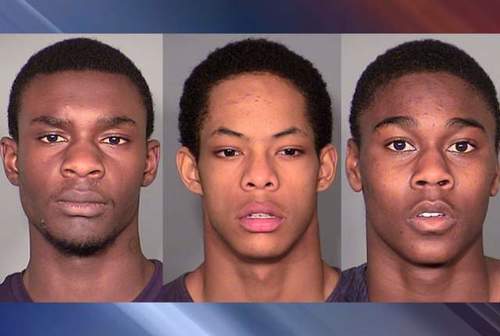 H/T: The Other McCain