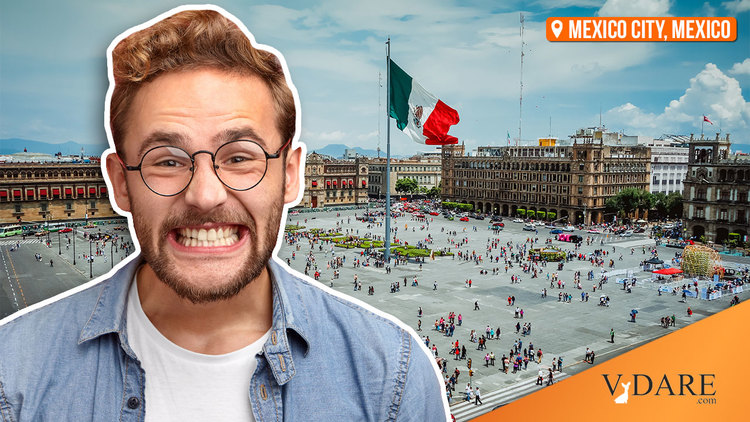 Earlier: Gentrifying Mexico and Is Mexican Mediocrity A Defense Against A Mass Influx Of Gringo Retirees?

Californians and other Americans are flooding Mexico City. Some locals want them to go home
American tourists and remote workers are gentrifying some of Mexico City’s most treasured neighborhoods. Backlash is growing.

Fernando Bustos Gorozpe, a philosophy teacher and cultural critic, uploaded a video to his popular TikTok account, complaining that the influx of foreigners in Mexico City “stinks of modern colonialism.” Nearly 2,000 people posted comments in agreeing.

The pandemic pushed it into overdrive. As much of Europe and Asia shut their doors to Americans in 2020, Mexico, which adopted few COVID-19 restrictions, was one of the few places where gringos were welcome. But the anecdotal evidence is compelling. In the first four months of the year, 1.2 million foreigners arrived at Mexico City’s airport.

Alexandra Demou, who runs the relocation company Welcome Home Mexico, said she gets 50 calls a week from people contemplating a move.

Sarah Lupton, a 35-year-old from North Carolina who came to Mexico City last year, as soon as she got her second COVID-19 vaccine, said she fell in love with the “romantic yet gritty” aesthetic. She ended up selling her video production company and relocating here in January with her Shih Tzu. Now she’s learning Spanish, applying for residency and exploring a new path as a life and career coach.

What proportion of trend articles are based on interviews with career coaches?