Would be dictators of the United States are not happy with either Executive or Legislative Branch authority over immigration policy implementation or with immigration law, respectively. Two Kritarchs are demanding both individual and group amnesties for the Deferred Action For Childhood Arrivals (DACA) illegal aliens, the law and the Constitution both be damned. These Kritarchs want to bully Congress into a new amnesty and amnesty a particular illegal alien.

First, the bad penny Jessica Colotl is again in the news (we've been following her case since 2012)ever demanding that she be allowed to remain in the US. To date, Congress has refused to allow her to remain and now the President wants her gone, but a would be dictator wants her to remain. U.S. District Court Judge Mark Cohen thinks he makes immigration policy and he's obsessed with Colotl and her constant demands.

Colotl is not very bright—she wants to be an immigration attorney, but since graduating with her Bachelor's Degree, has not been able to score high enough on the Law School Admissions Test (LSAT) to be admitted even to a 4th tier or lower school. She works as a paralegal, but still can't pass the LSAT. I certainly don't want to be one of the clients at the law firm she works at.

A federal judge in Atlanta has for a second time ordered the Trump administration to keep in place a temporary reprieve from deportation for Jessica Colotl, the Norcross woman who has become a flashpoint in the national debate over illegal immigration.

In his ruling issued Thursday, U.S. District Court Judge Mark Cohen said the Mexican native’s Deferred Action for Childhood Arrivals status will remain in effect pending his decision on the government’s request to dismiss her lawsuit. Cohen, nominated to the bench by President Barack Obama, has set a hearing on the government’s motion for Nov. 9. 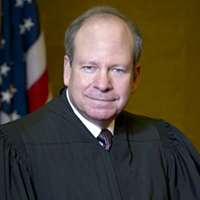 Now, the DACA program no longer exists. There is no program to either apply for or be re-instated to. But in any event, DACA is an act of prosecutorial discretion, e.g. a decision not to deport a group of illegal aliens as an illegal act by the former President Barack Hussein Obama.

There is no due process right, nor any substantive right to not be deported, and Colotl has no legal basis to remain in the United States. You would think that this low IQ immigrant would have at least got married to a U.S. citizen to establish some connection to the United States, but she did not. But then who would marry such a harpy?

Kritarch Cohen may be forgiven his obsession with the zaftig Colotl, this might be Cohen's predilection, or he may just be an America hating bigot desirous of electing a new people. But he is piker compared to Kritarch Nicholas G. Garaufis, another U.S. District Court Judge. Garaufis appears to be mentally ill, ranting from the bench about the inhumanity of cancelling DACA and demanding a solution from Congress or the President, or he will impose his own will on the nation.

When President Trump announced his long list of immigration demands on Tuesday, it threw another wrench into the fraught negotiations over fixing the Deferred Action for Childhood Arrivals program, an Obama-era policy that until last month protected some young, undocumented immigrants from deportation.

But if the Washington deal-making drags on too long, it could be disrupted by a different force: a federal judge in Brooklyn who has sternly warned that should policy makers prove unable to repair the program, commonly known as DACA, he might have to do it.

As DACA Negotiations Drag On, A Judge In Brooklyn Could Intervene, by Alan Feuer, NYT, October 12, 2017

And he is raving mad, apparently not aware or uncaring that his rantings are a violation of the Code of Conduct for United States Judges, prohibiting insults, political activity, and threats.

In recent weeks, the judge, Nicholas G. Garaufis, has made a series of unusually forceful statements from the bench, calling the Trump administration’s approach to fixing DACA “cruel,” “heartless” and “unacceptable.” He has also offered praise for the 800,000 young immigrants who were shielded by the program, lauding them as people who pay rent, taxes and mortgages, and who “support their communities.”

Kritarch Garaufis considers himself the arbiter of all immigration policy, the other two branches of government be damned unless they fulfill his policy desires.

Judge Garaufis has even professed confusion over Mr. Trump’s tweets about DACA, saying that the president’s apparent desire to save the program does not square with his government’s continued efforts to rescind it. But perhaps most forebodingly, the judge has stated several times that while he would prefer “the political branches” to resolve the issue, if that becomes impossible, he may have to impose his own solution.

Kritarch Garaufis is one of the most open opponents of the Constitution and a republican form of government. He openly demands a dictatorship without even bothering to clothe it with at least a modicum of modesty by citing some argument cognizable under the Constitution. He does not, it is just a blind appeal to raw judicial power. Even Kritarch Anthony Kennedy, he of homosexual marriage, at least claimed there was some Constitutional argument for his policy preferences, however fictional those claims were.

It is time for the impeachment and removal of Kritarchs Garaufis and Cohen, among many others, administrative or Article III.