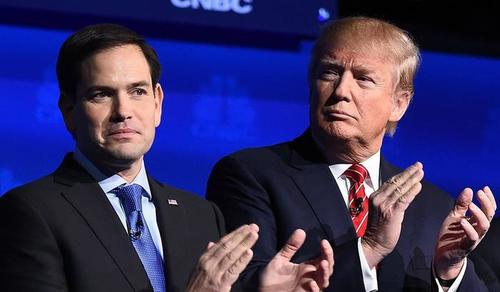 Mark Krikorian unloaded on Trump at National Review for botching the H1-B question in the debate last night.

Trump embraced Zuckerberg and echoed the tech billionaire’s call to let all foreign STEM graduates stay in the U.S. He went further, essentially renouncing the entire pro-worker portion of his immigration program:

I’m in favor of people coming into this country legally. And you know what? They can have it anyway you want. You can call it visas, you can call it work permits, you can call it anything you want. . . . As far as Mark is concerned, as far as the visas are concerned, if we need people, they have — it’s fine. They have to come into this country legally. We have a country of borders. We have a country of laws. We have to obey the laws. It’s fine if they come in, but they have to come in legally.

Thus does Trump embrace the “legal good/illegal bad” perspective on immigration, wherein huge, even unlimited admissions of foreign workers are okay, so long as they’re given a piece of paper on the way in.

Krikorian also slammed Rubio for lying about his position on immigration and H1-B visas, especially his lie about making sure those companies who want to use the program advertise the job and also provide a high wage.

Rubio’s bill on this very topic does none of these things. It does not require recruitment of American workers. It does not require employers to “pay more than you would pay someone else.” In fact, Ron Hira, one of the leading researchers in this area, says Rubio’s bill would provide Facebook’s Mark Zuckerberg and his comrades “a huge increase in the supply of lower-cost foreign guest workers so they can undercut and replace American workers.”

Again, Trump would have stopped Rubio dead in his tricks by simply repeating his platform last night. But he didn't. And as Zuckerberg's lobbyists condemned Trump again today, it's not like he got anything out of going easy on Zuckerberg.

FWD.us issued a statement Thursday, saying it utterly disagrees with Trump on immigration issues such as mass deportation. It avoided weighing in on the H-1B visas.

“It is astounding that some in a party that espouses smaller government wants one big enough to deport 11 million undocumented immigrants and millions of their U.S. citizen family members,” FWD.us President Todd Schulte said in a statement. “Mass deportation is absurd on its face and these policies are indefensible on human, economic and political grounds.”

Trump did clarify his remarks somewhat at a rally in Nevada. In response to a questioner who called out Mark Zuckerberg by name, Trump stated the question the night before had been asked in a "kooky" way and said he wanted only the top graduates from specific universities to be allowed to stay in the country.

He went on to say:

Better? Well yes. But again, how many graduates from how many top schools are allowed to stay? And how does one specifically ensure "our people are taken care of?"

What's needed are specifics. If Trump would just read his website, he would find all the specifics he needs.