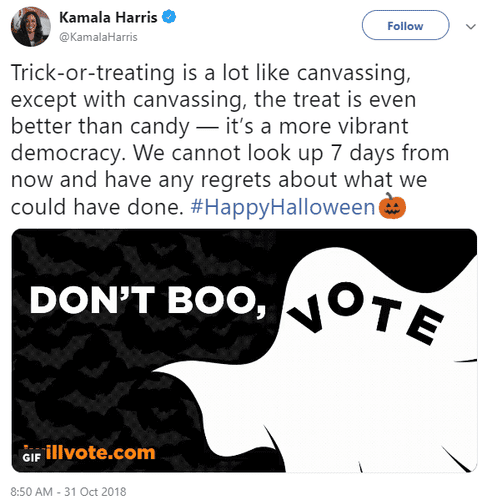 When a vinegar-drinking scold tries to turn on the charm, this is the result: 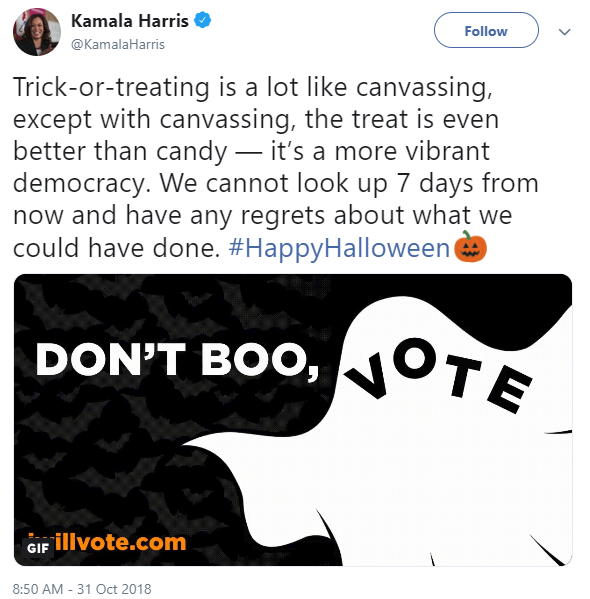 In contrast, here's a sample of what comes naturally for her: 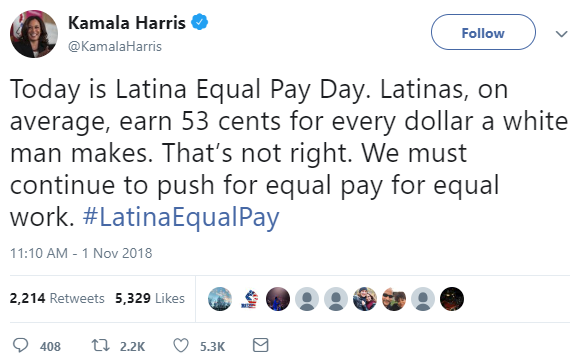 That many heterosexual white men recoil at the prospect of a president Harris will be a feature of her appeal during the Democratic primary process. In an address to the Human Rights Campaign in 2017, Harris revealed the rhetorical foundation of her 2020 campaign: “Racism in this country is real. Sexism, anti-Semitism are real in this country. Homophobia and transphobia are real in this country. And we must speak that truth so that we can deal with it.”

Sharing a debate stage with Joe Biden, Bernie Sanders, and Elizabeth Warren, it will be obvious to Democratic primary voters who is best able to speak said truth. For her white opponents to deny her assertions will be to relegate themselves to less than 1% support in the polls. For them to assent, as all will assuredly do, will be to cede all moral authority to Harris.

The alleged sex tapes of her with former San Francisco mayor Willie Brown will not derail her candidacy. To the contrary, she will be able to use their revelation to point out the political glass ceiling that forces qualified women of color like herself to debase themselves just for the opportunity to assume the positions of prominence they deserve and would have full access to in a fair society. Fortunately, having overcome these oppressive racist and misogynist obstacles firsthand, she will be uniquely situated to ensure their systematic removal!