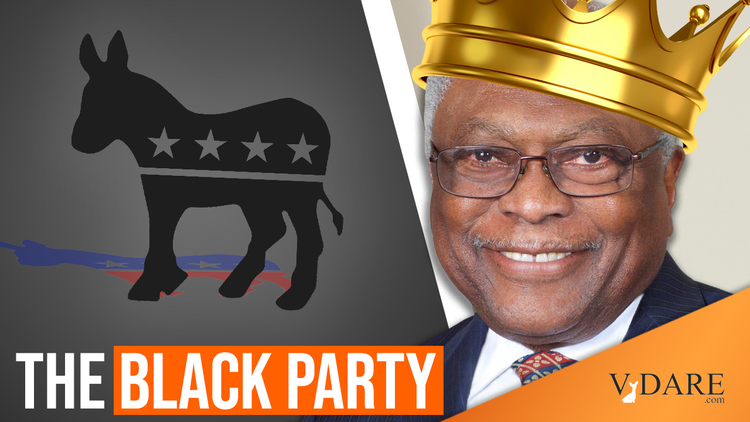 Kingmaker Clyburn: The Dems Are Now The Black Party

The extent to which the preference of older black Americans override the preferences of the many other factions of the Democrat electoral coalition is difficult to overstate: It’s not predominantly the party of working people or the party of immigrants or the party of government or the party of peace. More than anything else, it is the black party. Many years ago, Steve Sailer suggested it would be a winning strategy for the GOP to implicitly label the Democrat party as just that—the party of and for blacks. But the Democrats have done it on their own. And they’ve done it against the best efforts of Republicans, who indefatigably try—and perpetually fail—to convince blacks that the party of Lincoln is their natural home.

Politically, blacks stick together. They are unapologetic about doing so. As a result, they win a lot of power. That’s how democracy works.

What? No, there are no lessons to be learned here, it’s just an observation. Noticing gets us in trouble!