Killer of 7-year-old Boy Is Sentenced 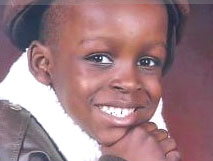 The previously arrested drunk-driving illegal alien who killed 7-year-old Marcus Lassiter in North Carolina last year was quickly found guilty and sentenced. (For background on this case, see my 2008 blog Another Child Sacrificed on the Altar of Open Borders.)

A Johnston County man was found guilty this morning of second-degree murder and driving while impaired for hitting and killing a 7-year-old Selma boy in April 2008.

Hipolito Camora Hernandez of Parkertown Road in Four Oaks was sentenced to more than 16 years in prison.

A witness told the state Highway Patrol that Marcus Lassiter was standing on the side of two-lane Heath Road north of Four Oaks when a car lost control on a curve, ran onto the shoulder and struck him. Investigators determined the driver came into the curve at about 70 mph, 25 mph above the posted speed limit.

Hernandez had been charged with drunken driving at least four times before the accident that killed Marcus, but he had never been convicted. At the time of the crash, he was wanted by police for failing to show up in court to answer to one of the previous charges, according to prosecutors.

A judge sentenced Hernandez to at least 16 years, 4 months in prison and to a maximum of more than 20 years. [Johnston man convicted for murder, DWI, News & Observer, Raleigh NC, May 21, 2009]

If it were up to me, any drunk-driving illegal alien who causes a death should get a mandatory life in prison.