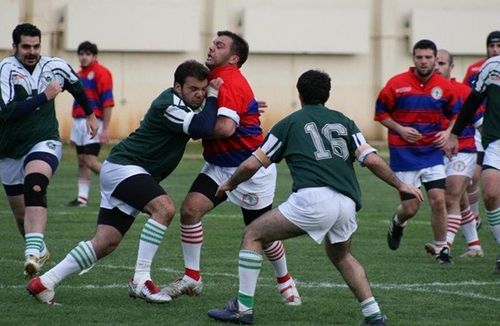 Kickball for Toffs: Why Do Sports Invented by WASPs Rule the World?

In support of the former proposition, note that auto racing is a major sport today, but one that developed after railways. The first race may have been run in England in 1867 and was won by the vehicle of an owner with the technologically intimidating name of Isaac Watt Boulton.

But, auto racing didn’t really get going until after the invention of the gasoline powered automobile engine in the 1880s, and much of the organizational development was on the Continent, especially in France.

On the other hand, it seems as if there big enough cities on the Continent, such as Paris, that sports could have evolved there before they did in the English-speaking world, if only the locals had had the will and capability to invent widely-agreed upon rules. But they mostly didn’t.

Nineteenth Century European observers frequently noted, with praise or scorn, the English mania for well-organized sports. In some countries, such as Argentina, the Jockey Club was the headquarters of the Anglophile tendency in local culture and politics.

This doesn’t mean that the English invented sports. For example, the famous Palio horserace in the town square of beautiful Siena, Italy has been run since 1633.

On the other hand, the Palio has few rules; jockeys are encouraged to bribe other jockeys to lose, while spoilsport unbribed jockeys can be legally whipped off their mounts. While we can complain about, say, Brazilian soccer star Neymar taking a dive and pretending to have been fouled, there still does indeed seem to be something of the English public school about most modern sports compared to the sport of the wily Sienese.

Games such as soccer, rugby, American football, and Australian rules football started out in England as mob football, a pretty much ruleless contest played in a town’s high street with all the lads from one end of town vying against against all the lads from the other end of town, such as the the Up’ards and the Down’ards of Ashbourne, to move the ball to distant goals, sometimes miles apart. These games were kind of a cross between a modern rugby scrum and a mass migration.

Eventually, more modern ball games evolved at public (i.e., private) schools, such as Eton. I can’t tell whether they only evolved there or whether the old boys of Eton and the like were just more likely to write down references to their games than were, say, farm boys.

Because it was impractical to travel by horse-drawn coach to play other schools, games were intramural and each school evolved its own rules to fit its playing field. Beginning in the 1840s, rich kids’ schools started to ride the railway to play each other, typically using one team’s rules for the first half of the game and the other team’s rules for the second half. Eventually in the 1870s, conventions standardized rules, which led to the major break between Rugby’s running with the ball tradition and the kicking-only rule of the Association of Charterhouse, Winchester, and Cambridge (“association” in Victorian slang became “soccer”).

Similar developments were taking place in other English-speaking lands, such as America and Australia.

A few of these idiosyncratic local games are still played, such as the famous Eton wall game. This is rather like rugby except you have to crash into a long wall all the time. It sounds quite knuckleheaded.

The leather ball is shaped like a giant pork pie, about 18 inches in diameter and 12 inches (300 mm) deep. It tends to soak up mud and water and become extremely heavy.

And then there is Winchester College football, an extremely complicated predecessor to soccer, which, judging from the Wikipedia entry, might exist or might just be an elaborate hoax:

Jun XXIIs ( also known as II v XXII) used to be another end-of-term game, although somewhat less competitive as the score was by tradition seventeen and three quarters all. It was played between the junnest (that is, lowest in order on their scholarship roll) twenty-two Collegemen who were not otherwise engaged and two top-year Collegemen, usually including the captain of College VI. It was refereed by the Aulae Prae, who would award free busts to all and sundry, giving any reason he chose. The jun men would hot in single file. The Bogle Prae (the most Sen Collegeman to keep a bicycle in College) would cycle up and down Ropes, and the crowd would periodically throw buckets of water over the players. During the mid-1980s, prior to the innovation of the buckets of water, the crowd would throw carrots onto the canvas, which were picked out of the mud and consumed by the referee of the time, College Tutor John Hunter Durran. Afterwards, a Hot was held in Logie, the stream which runs between the College buildings and the Warden’s Garden

Winkies, with its baffling profusion of rules, seems to reflect an English urge to create rules not only for their public utilitarian goals, but simply for the sake of creating rules.