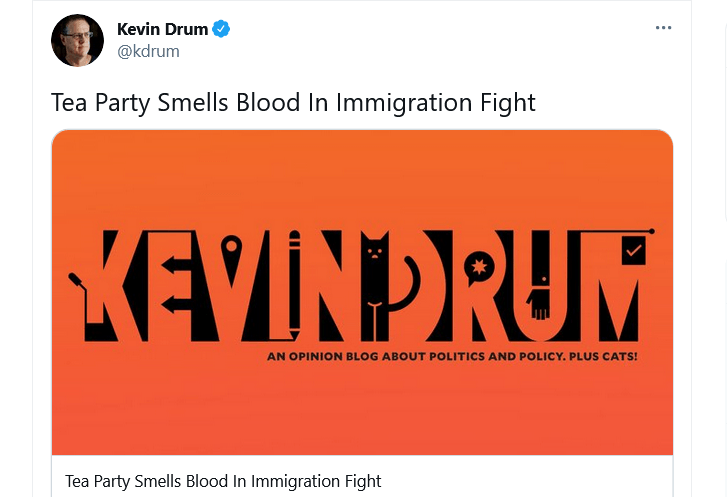 Kevin Drum: "Tea Party Smells Blood On Immigration"—Is There Blood On HIS Hands?

Alternative headline: "Kevin Drum Has Blood On His Hands."  Steve Sailer wrote that according to Drum

Immigration isn't some technical issue like tax rates where the two sides can reach a compromise. It's a test of morals. Amnesty won't be just a practical tool for Democrats to solidify their majority; it will also be a symbolic milestone permanently delegitimizing any and all skepticism about the Democratic-run government electing a new people to elect a Democratic-run government.

Kevin Drum Outlines The Minimum Liberals Will Accept From GOP:

Drum cheered Obama's Administrative Amnesty. Mother Jones, where he works, opposed all deportations whatsoever, even of criminals. People like him invited this crime.