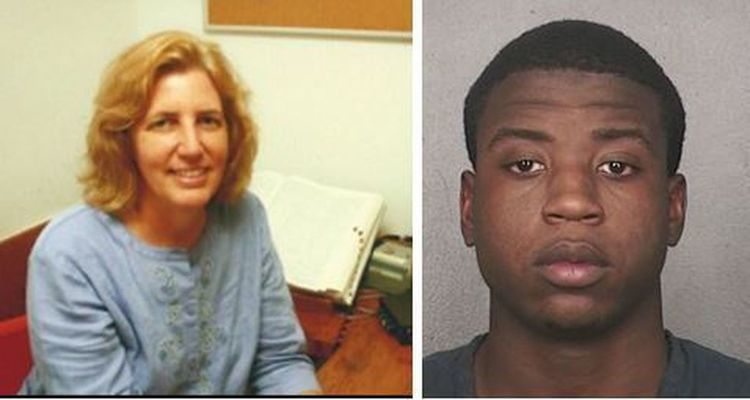 Here’s an interesting article in the South Florida Sun-Sentinel in which a juror who refuses to go along with the rest of the jury in knocking down a home invader’s conviction from murder to manslaughter because he’s black is treated as the heroine;

‘What have I done?’ Juror in Broward murder case says anger, mistrust and accusations of racial bias led to hung jury, mistrial

Dayonte Resiles killed Jill Halliburton Su by stabbing her to death and leaving her lifeless body in a bathtub in her Davie home — on that much, jurors could agree.

But they couldn’t agree on a murder charge, according to the jury forewoman, because three members refused to sign off on a verdict that would send a young Black man to prison for the rest of his life. For a short time, the nine who wanted a first-degree murder conviction were willing to budge. A manslaughter conviction would send Resiles to prison for 15 years, not for life. All 12 jurors signed off on manslaughter late Tuesday.

But that, according to the forewoman, would not have been justice. Not for her. Not for the defendant. Not for the victim. “What have I done?” she thought.

In an interview Thursday night, the forewoman, who asked not to be identified by name, shed light on what happened in the deliberation room in the days leading up to the hung jury and mistrial, describing a cauldron of anger, mistrust, betrayal and, underscoring it all, accusations of racial and anti-police bias.

It came to a head Tuesday night, when the manslaughter verdict was read, and the forewoman was faced with the usually-routine question of whether she agreed with the group’s decision.

Only a few seconds passed, but the forewoman’s mind was racing. She thought of the victim and the family left behind. She felt the eyes of the judge and the prosecutor and the victim’s husband boring into her. She was torn between her agreement with her fellow jurors and her firm belief that the prosecution proved Resiles guilty of murder beyond a reasonable doubt.

“I just got a knot in the pit of my stomach. I looked at the defense table. They were just cheering and patting him on the back, like he graduated high school or made the winning touchdown at a football game,” she said. “I thought, what have I done? Is this the world I am creating for my children, a world where someone can get away with murder because of the color of their skin?”

Finally, she recalled the advice her husband gave her before the trial started: “Follow the law. Don’t cave.”

She was convinced Resiles did not commit manslaughter on Sept. 8, 2014 — he committed murder. Manslaughter was not her verdict.

Efforts to reach other jurors were unsuccessful on Friday.

So who knows if this is the full story of what went on in the jury room.

Why was this trial only being held now if the murder was in 2014?

Well, the defendant had escaped during a 2016 pre-trial hearing. Somebody had slipped him the handcuffs key and a getaway car was waiting. He was recaptured after a week and eight people were arrested on charges of helping his getaway.

The victim had an Asian surname, but that’s because she was married to an Asian professor of entomology.

What about the race of the forewoman who dramatically dissented? Are we reading an article in which a white woman is the heroine for standing up for the equal protection of the laws?

The forewoman in the recent trial described herself as a mixed-race Puerto Rican, a 36-year-old wife and mother in a blended family of five children, ranging in age from 3 to 17. When two Black jurors accused her of not caring about the race of the defendant, she said she was tempted to show pictures of her dark-skinned mother and brother.

“You can’t call me a racist except in ignorance,” she said. “If it was my brother who was accused and the same set of facts was presented, I could have voted guilty of first-degree murder … That’s what the evidence showed. It’s not a racial thing. It’s a crime. He is the killer. I don’t care what race he is.”

So this story appears to be part of the broader trend of Hispanics getting sick of the Racial Reckoning putting blacks more and more above the law and even sort of being allowed to say so in the newspaper.

So, due to the hung jury, it’s back to yet another trial over this 2014 murder.