John Derbyshire On FIRE AND FURY: I’m A Bannonite 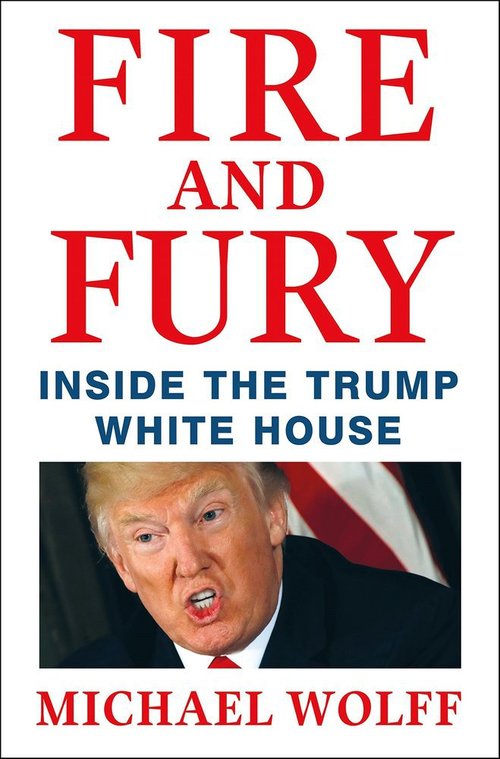 Big political news this week was the new book Fire and Fury: Inside the Trump White House by Michael Wolff, who comes with the epithet "veteran journalist." Wikileaks has pirated the PDF.

Wolff quotes many, many people across the past few months telling him how dysfunctional Trump's White House is, and how stupid and obnoxious the President himself is. It covers the 2016 election, too, with similarly negative quotes from insiders about what a Chinese fire drill the Trump campaign was.

A lot of the most colorful quotes come from strategist Steve Bannon, who joined Trump's campaign in August of the election year, and was dropped from the White House staff in August this year.

What should we make of all this? Bear in mind that I'm the guy who once wrote a column titled "Journalists are scum."

I don't doubt that Trump can be obnoxious. He's a native New Yorker—Whaddaya want, jackass?

He's also rich and successful. All rich and successful people are sometimes tempted to the point of view that the rest of us are losers who don't know squat. How often they yield to that temptation is a matter of individual personality.

And obnoxiosity at the Trump level is a generous obnoxiosity, tolerant of obnoxiosity in peers. Trump's world is one of dueling obnoxiosities: not necessarily personal, just business.

Following reports that [Ivanka Trump's husband Jared] Kushner had tried to set up a private communication channel with the Kremlin, Bannon called Ivanka a "f—king liar," in front of the President.

Trump responded only by telling her "I told you this is a tough town, baby" according to Wolff's book.

That sounds true to me—very Trumpish, even though it goes against the grain of other things we've heard, and that Michael Wolff says, about the President's partiality to his children.

That his children are, in their general sensibilities, metropolitan liberals seems to be one of the main points of contention between Trump and Bannon. In the matter of not suffering fools gladly, Bannon is easily Trump's match; but un-like Trump he regards all metropolitan liberals, without qualification or favor, as fools.

Inevitably one finds oneself taking sides here: Trumpite or Bannonite. I'm going to declare myself, with a major qualification, a Bannonite. I like Bannon's strong nationalism and his skepticism of traditional postwar American conservatism, with its missionary globalism and its fantasies about private-enterprise healthcare provision.

That's not to endorse the guy, who has played his hand badly. I don't think it's a coincidence that "Steve Bannon" rhymes and scans with "loose cannon."

I'd add the same qualification to my support for Trump, though. The President does sometimes come across as coarse and ignorant.

What I'm saying is that Bannon is a better Trumpist than Trump. I like Trumpism more than I like either guy. I dream fondly of a well-mannered, well-read politician of the traditional gray and boring type—a Coolidge or an Eisenhower—who is a dogmatic and unwavering Trumpist.

I love the song, but I'm not crazy about either Trump or Bannon as singers. I want my politicians and their advisers to have the right ideas, but I also want them to be firm, cunning, and effective in making those ideas national policy and law. I want a gray, boring, politically skillful Trumpist.