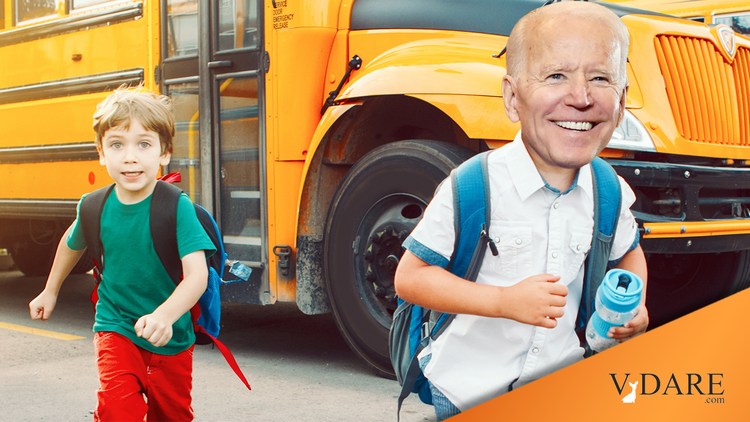 Joe Biden Repeated Third Grade: It Seems to Have Worked Out Well for Him 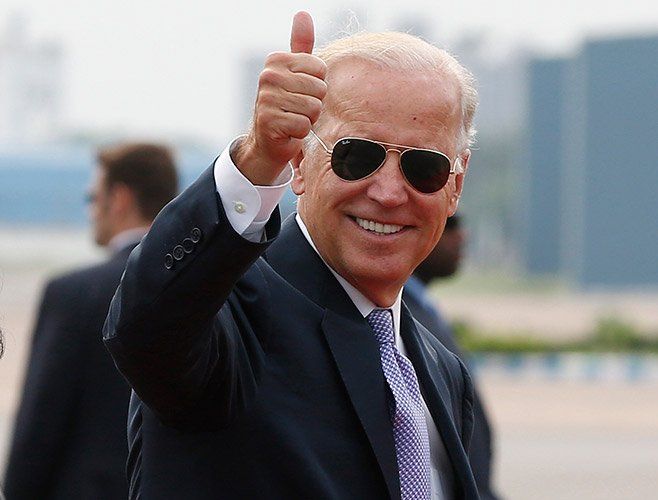 Biden’s own academic career was unimpressive—he repeated the third grade, earned all Cs and Ds in his first three semesters at the University of Delaware except for As in P.E., a B in “Great English Writers” and an F in ROTC, and graduated 76th in his Syracuse Law School class of 85 students.

Back in 2002, I wrote an article entitled “Should You Redshirt Your Child?” giving the pros and cons of holding your kid back for a year before or during school so that he or she will be older than most classmates.

The term “redshirt” comes from college sports, where it’s frequent for athletes to sit out a year so that they’ll be older, bigger and more mature when they do play. More and more parents, and even states, are now doing something similar with their little ones, for roughly the same reasons.

After I wrote this article, I received some anguished emails from parents asking for advice on whether or not to hold their sons back for year, but I had to confess that I really didn’t know.

I haven’t found any confirmation for Biden skipping third grade, but that is not out of line with his Wikipedia biography:

Biden attended the Archmere Academy in Claymont, where he was a standout halfback and wide receiver on the high school football team; he helped lead a perennially losing team to an undefeated season in his senior year. He played on the baseball team as well. Academically, he was a poor student but was considered a natural leader among the students and elected class president during his junior and senior years. He graduated in 1961.

He earned his Bachelor of Arts degree in 1965 from the University of Delaware, with a double major in history and political science and a minor in English. He played halfback for the Blue Hens freshman football team. In 1964, he met and eventually married Neilia Hunter. He played varsity football as a defensive back.

So, having been born in November 1942, if Joe graduated from high school in June 1961, he would have been about 18 years and 7 months old.

In contrast, I was born in December 1958 and graduated from high school in June 1976 at about the age of 17 years and 6 months. On the other hand, there was some controversy back in the summer of 1964 about whether I was too young to enter. My father told the nuns at St. Francis de Sales, “My son is ready for school and will be bored if he has to wait another year to enter first grade so we will go somewhere else.” So they let me in even though I was a little too young. I vaguely recall that the cutoff date back then at St. Francis for entering first grade was to have been born by December 1, which I just missed (although I may be mistaken: After all, I was only 5 years old while these negotiations were going on). So I entered first grade at roughly 5 years and 9 months.

I see from the St. Francis website that the cutoff date is currently September 1, or approximately 6 years and 0 months. (Another change over last half century is that the first day of the school year has generally moved from September to August.) This is a general trend, with a large number of states making the age of starting school a few months higher.

My surmise, assuming that Politico’s statement is accurate, would be that Joe entered first grade at roughly 5 years and 10 months, which was marginally early back then. Perhaps due to his stutter, his parents eventually decided that is entering first grade before age 6 had been a mistake and it would be best to have him repeat third grade.

At age 77, Joe is the Democratic Party’s nominee for President of the United States, so it appears that his parents’ decision 70 years ago turned out for the best in Joe’s case.

One might theorize that Biden’s alpha male fighter jock affect (although he likes to wear aviator sunglasses and drive convertible Corvettes, Biden, like Donald Trump and Bill Clinton, managed to avoid service during the Vietnam Era: “Biden received student draft deferments during this period. After he completed his studies, the Selective Service System classified him as unavailable for service due to a history of asthma”) has something to do with him being older and more dominant than the other kids in his classes after 3rd grade.

In contrast, my rather meek and mild in-person personality tends to disappoint my readers when they finally meet me. Although that’s probably mostly just who I am, I sometimes wonder if I hadn’t started first grade so young, maybe I’d be more of a dominant personality in face to face conversations.

That leads to the question of whether the redshirting phenomenon has been studied by academics over the last 18 years since I last wrote about it in depth.